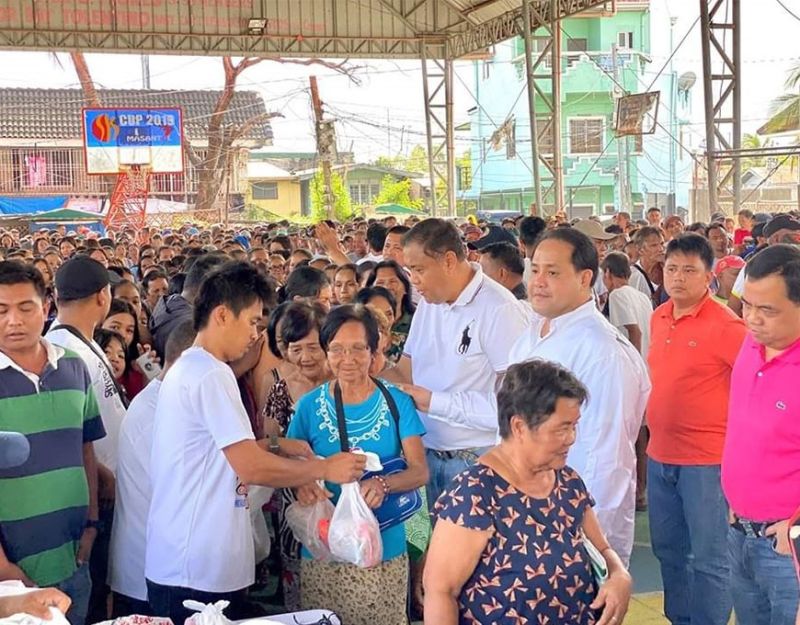 Pineda was joined by Mayor Danilo Guintu here in spreading Christmas cheers to coastal folks courtesy of the Provincial Government.

About 9,000 grocery packs containing chicken and hotdogs were distributed during the activity dubbed “Pamaskong Handog,” -- 3,000 of which were given to residents from the Metro Plaza area while nearly 6,000 folks in the coastal barangays were also recipients.

Pineda said he made sure to distribute the gifts before Christmas Eve to his constituents so the families can serve it during the Noche Buena.

He also took the opportunity to wish Masantoleños happy holidays, and reminded them to celebrate with caution.

Guintu, for his part, expressed gratitude to Pineda and his mother Vice Governor Lilia “Nanay” Pineda for their continued service to the people of Masantol.

“It has been an annual tradition for them to bring gifts and spread the cheer during Christmas and our gratefulness is embodied through the smiles in the faces of each recipient when they receive the gift packs,” he said.