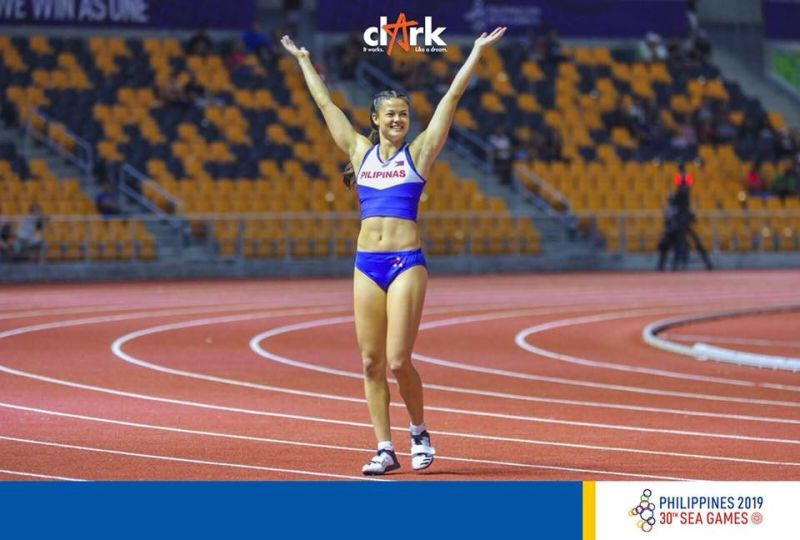 “The track was amazing and there are two pits now in the stadium and in the practice track. They’re absolutely beautiful,” she said during a recent television interview.

Uy, who trained in the United States, was thankful for the new stadium as she admitted that not having much facility for athletes in pole vaulting and track and field is one factor that’s stopping her to train in the Philippines.

“Before the SEA Games, there was not much facility to train at. But now with the building of New Clark City and the tracks there and the pit, I would definitely consider coming to train here,” she said.

Aside from not having quality training facilities, funding is also a challenge for athletes like her.

“It’s definitely not easy to support yourself. There’s a lot of expenses like traveling, getting new equipment, getting new clothes, and training areas and getting coaching. It’s pretty difficult. So definitely always needing more support. That’s for sure,” she said.

Uy was also optimistic that she and EJ Obiena’s success in setting new records in the SEA Games pole vault could have a positive impact in the country’s athletics community.

“We all want to grow. We all love athletics,” she said, mentioning other Filipino athletes like pole vaulters Obiena and Alyana Nicolas, as well as runner Kristina Knott.

“We’ve continued to this level for that reason because of our passion. And I hope that we can just continue just setting examples for young kids, and for the athletes here in the Philippines to pursue their passion for track and field, as well,” she added.

Meanwhile, Bases Conversion and Development Authority president and chief executive officer Vivencio Dizon said: “We are grateful to hear a Filipino champion say good things about New Clark City and consider it as a new training ground in the Philippines. This proves that the future is bright not just for the sports facilities, but for the whole city as the current government envisioned it to be.”

The Athletics Stadium is a 20,000-seater, Olympic-grade stadium with a Class 1-certified nine-lane 400-meter track and field oval, and a six-lane warm up track.