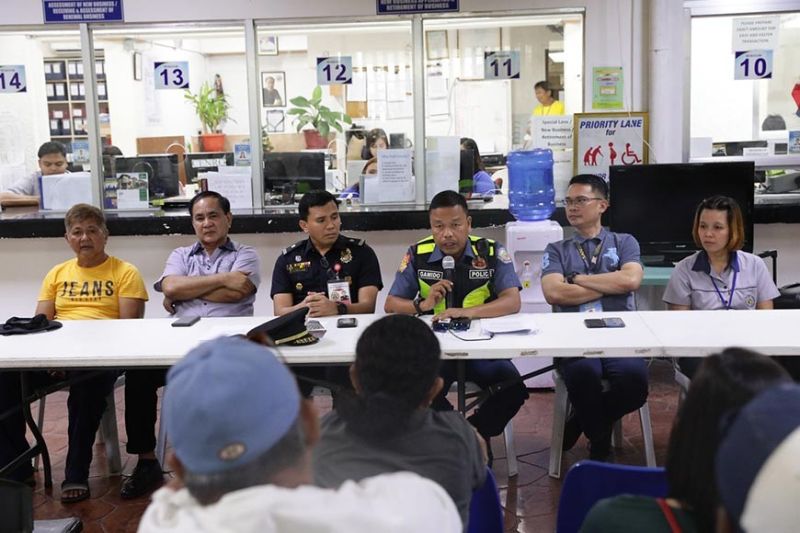 THE City Government of San Fernando has positioned all necessary measures to ensure the safe and secure New Year’s Eve revelry of Fernandinos as it launched its “anti-paputok” campaign on Thursday, December 26, 2019 at the City Hall.

The city police, City Disaster Risk Reduction and Management Office (CDRRMO), and Bureau of Fire Protection (BFP) spearheaded a symposium for 35 legitimate firecracker vendors to ensure the strict regulation and control of the use of firecrackers and other pyrotechnic devices in support of Executive No. 28.

The discussion aimed to encourage the vendors to adhere to rules, requirements and do’s and don’ts set by the local government in line with its Anti-Paputok Campaign.

Vendors were warned not to risk selling prohibited firecrackers as it may entail the shutdown of their stores, said Joseph Garcia, business permit and license permit officer

The city police headed by Lieutenant Colonel Paul Gamido warned the public of the sanctions for individuals who will be caught manufacturing, distributing, selling or using illegal firecrackers.

Firecrackers containing more than two grams or 1.3 teaspoons of gunpowder are strictly prohibited.

Firecrackers with hazardous chemicals, like Watusi, are also not allowed.

CDRRM Officer Raymond Del Rosario also reminded the vendors of the “no smoking” and “no testing” policy to avoid minor and major disasters in the areas.

The BFP, meanwhile, assured the deployment of water tanks to fill drums in every firecracker store to be used in case of fire.