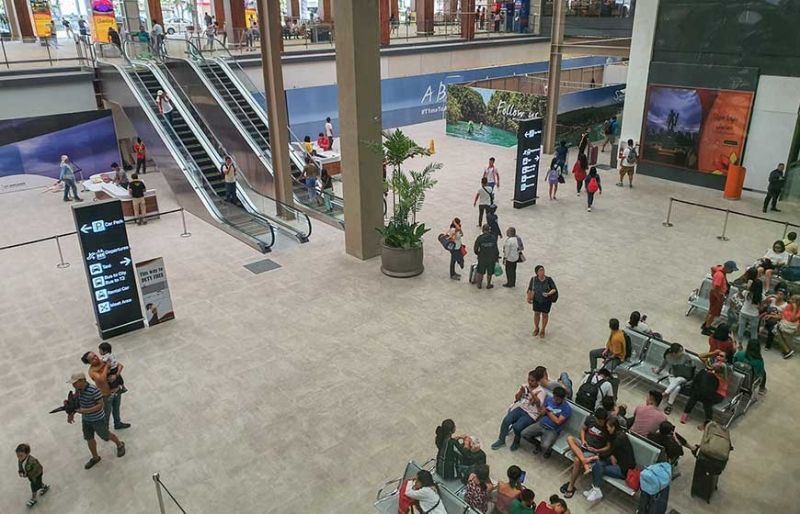 THE tourism industry stands as Cebu’s strong economic pillar, as visitor arrivals continued to increase in 2019.

The modernization of the Mactan-Cebu International Airport (MCIA) has been crucial in the development of Cebu’s tourism image.

Shahlimar Tamano, regional director of the Department of Tourism in Central Visayas, said the airport modernization has brought about several benefits to tourism, as industry players in the hospitality business continued to expand.

“It (2019) was very good. Cebu will still be the leader in the next two to three years. There is safety in the province and there is access from the sea, air and land,” the tourism official said.

Backed by the continuous expansion of hotels and resorts, Tamano said Cebu will continue to attract tourists from different parts of the world.

The Routes Asia event was crucial for Cebu to attract industry leaders to tap the Philippines’ second largest city as a growing aviation market.

“We have a very robust industry right now and we’re increasing rapidly in our market. For this year, we will be hitting 12.7 million passengers per annum and that is a 13 to 14 percent increase from last year,” he said.

Dicdican said one of the challenges this year was the decreased flight frequencies to and from the protest-ridden Hong Kong but assured the airport was working to tap other tourist markets.

“There was a decrease of flights from Hong Kong and we’re also not so certain from the Chinese market. It will be affected but nevertheless, the increase in our international flights is consistent and we are undertaking projects to ensure that the routes to and from Cebu will increase as well,” he said.

“It translates to huge economic activity and I think the biggest benefit is the transfer of people, knowledge and experience more than goods,” he said.

For the hospitality business, 2019 has also been a good year, said Hotel, Resort and Restaurant Association of Cebu (HRRAC) president Carlo Suarez.

“It was a positive year but it could be better. We had plenty of challenges but we found ways to overcome them,” the hotelier said.

One of the challenges he identified was the growing competition the hotel sector is facing with online home-sharing platform Airbnb.

“We support Airbnb but there should be an agency that will regulate it,” he said.

Suarez also credited the contribution of the airport in drawing more visitors to Cebu.

“It shows that Cebu is really a destination,” he said.

The rise of farm tourist sites has also added to the growing destinations in the region, pulling out tourists from the usual spots.