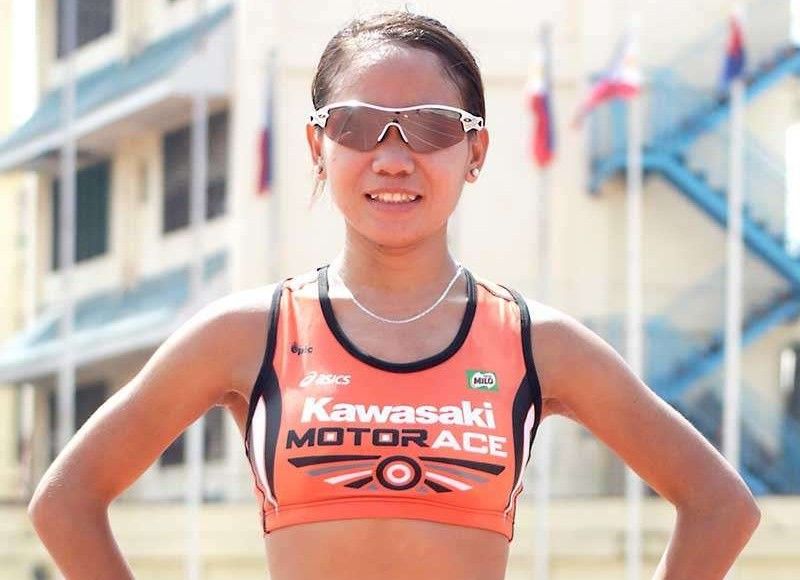 MARY Joy Tabal, already the winningest female marathoner in the Milo Marathon, will seek to extend her reign to seven years when the country’s largest running event culminates on Jan. 19, 2020 in Tarlac City.

After a couple of days of rest, the ex-Southwestern University sprinter was quick to return to training for the Milo Marathon Finals, which was moved from its usual date in December to January to give way to the country’s hosting of the 30th SEA Games.

“We just want to focus on our goal,” said the 30-year-old Cebuana.

Tabal finished with a silver medal in the 30th SEA Games, behind fellow PHL team member Hallasgo amid sweltering weather three weeks ago at the New Clark City Sports Complex.

Tabal can breathe a sigh of relief as hot weather will be less of a problem for the Milo Marathon as the race kicks off earlier at 3 a.m. as opposed to the 6:05 a.m. gun start time for the SEA Games.

“I’ll just go out there and give my best,” she said.

Meanwhile, the men’s 42K title is left vacant following an unfortunate incident of defending champion Rafael Poliquit, who died in April due to complications from subdural empyema. (RSC)