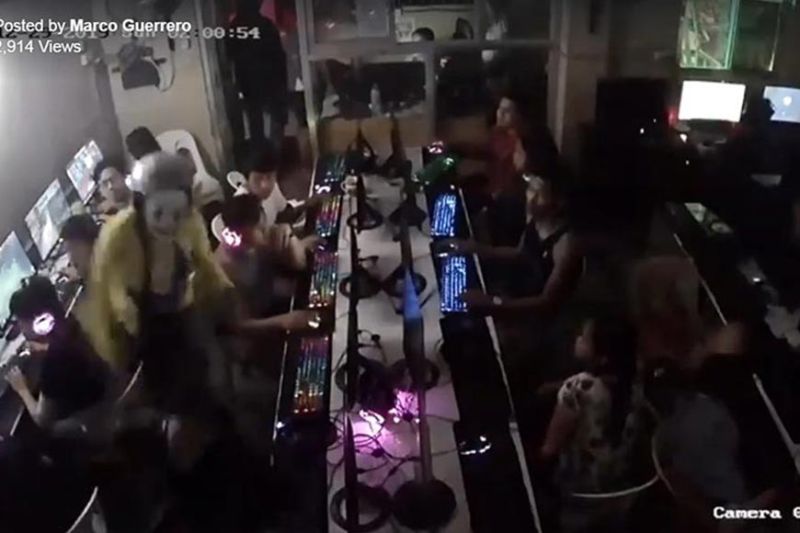 THE notorious “Bunal Squad”, which was responsible for whipping and assaulting unsuspecting individuals in Davao City in the wee hours of the morning, is allegedly back, raising concerns of safety and security in the city.

On Sunday, December 29, 2019, Facebook user Marco Guerrero, who owns an internet shop, posted a closed-circuit television (CCTV) footage on the attack by a group of masked men.

One of the men who wore yellow long sleeves and a clown mask broke into his shop at around 2 a.m. and started hitting several individuals with an undetermined object.

After the group left, some customers who seemed to have been shocked by the incident, went out of the internet shop.

Guerrero vented out his frustration on the incident, saying that the customers are not criminals to deserve such violence.

He narrated that after the incident happened, while he was going home, he saw some patrol cars along Trading Boulevard.

He questioned the failure of the police officers to notice the attack on his shop.

“Question lang sa (only for the) City Government and police force, are you tolerating this or is this even mandated by the City Government? Nganong nakasulod ning mga nakamaskara tapos in groups of five na mga naka-motor ug nay angkas sa area? (Why was this group of five masked men on motorcycles in the area and was able to enter [the internet cafe]),” part of Guerrero’s caption read.

Guerrero tried to call Central 911, Davao City’s emergency responder, to ask for assistance. He was told that 911 will send a patrol car. He said no one arrived.

SunStar Davao sought the reaction of the Davao City Police Office (DCPO) but as of Sunday evening, December 29, 2019, Police Captain Rose Aguilar said they were still investigating the incident.

She said no report regarding the attack reached their office.

In October this year, the “Bunal Squad” was reported in Sasa after some victims posted their experience. Following the incident, more policemen were deployed to secure the area.