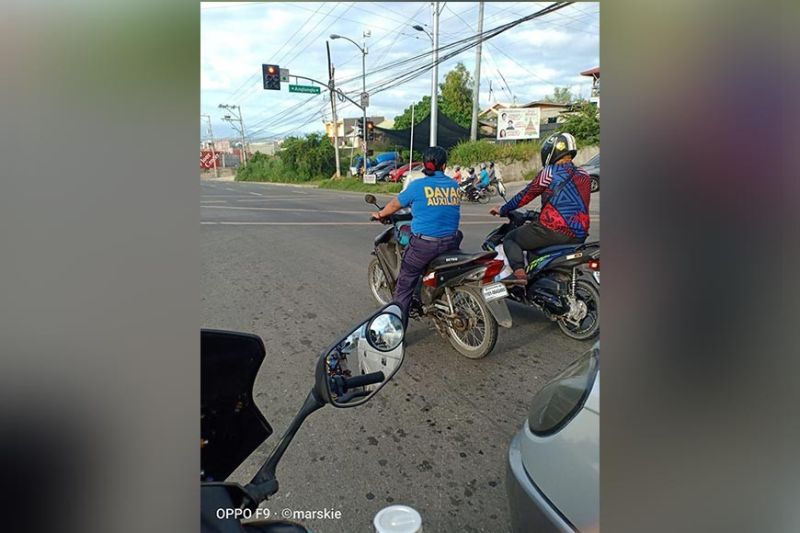 DAVAO. Netizen Mar Israel posted this photo of an auxiliary officer of the Davao City Police Office who was driving a motorcycle without a helmet in violation of the law. (Photo courtesy of Mar Israel)

A PHOTO of an auxiliary officer of the Davao City Police Office (DCPO) driving a motorcycle without a helmet went viral on social media.

The photo, posted by netizen Mar Israel on Saturday, December 28, 2019, on Facebook, showed the auxiliary police officer at a stoplight at an intersection in Buhangin, Davao City.

Not wearing a helmet while driving or riding on a motorcycle is a violation of Republic Act (RA) 10054 or Motorcycle Helmet Act of 2009.

During their investigation, Daven reasoned that she forgot to bring her helmet.

A temporary operator’s permit (TOP) was issued by the Land Transportation Office to Daven for violating Section 7 of RA 10054 for riding a motorcycle without a helmet with the corresponding fine of P1,500.

“This office has reminded all its personnel to include auxiliaries that we are law enforcers so we should always be examples in obeying the laws,” Aguilar said.

The City Government of Davao has been intensifying its campaign on raising awareness against helmet-less drivers by giving no reconsideration for denied “Lingap Para sa Mahirap” assistance request due to policy violation.

The “Lingap Para sa Mahirap” is a program of the City Government that provides its constituents with medical assistance, food supplements, and burial assistance.

“Let this incident be a warning to all that DCPO will not tolerate this violation even if it involves its personnel and auxiliaries,” Aguilar added. 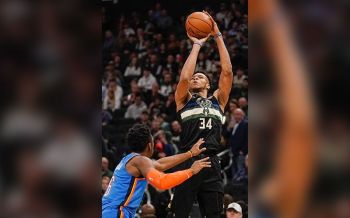