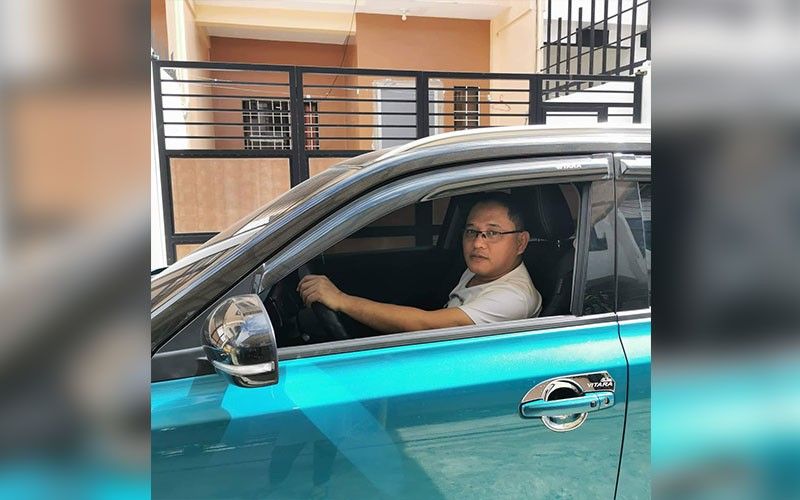 Tumulak said he would like to experience the life of a driver navigating through congested streets, understand the sentiments of the commuting public, and earn extra income as well.

He is now in his third and last term as a local lawmaker representing the city’s south district.

He uses his Suzuki Vitara for TNVS; he is available for passengers through a ride-hailing app.

His vehicle has free alcohol and wet wipes, and it is not smelly as Tumulak often sprays the vehicle with perfume.

Driving a TNVS for a month already, Tumulak said the city and province of Cebu lack a mass transportation system.

“If there was a sufficient and systematic transport system, people would not be forced to take ride-hailing services, which are as expensive as taxi rides,” he said.

Tumulak said his job as councilor has not been affected as he drives his TNVS unit primarily at night. His income for a night of driving enables him to buy a week’s worth of gasoline.

Tumulak has a twin brother, Jonathan, who serves as the traffic chief of Talisay City, Cebu. Both are well known as they often appear in television news, and they had worked as journalists.

Some passengers who know the Tumulak brothers would stare at him, then ask if he was Jonathan. Tumulak said he often confessed to puzzled passengers his real identity as the latter were about to alight from his vehicle.

Tumulak said he enjoys his part-time job as most of his passengers often give his service good reviews with some of them saying the councilor has a nice car and he plays good music.

Other passengers said they had a good conversation with Tumulak. The councilor, they said, often arrived quickly, and had a clean car.

The councilor said there were passengers who told him to keep the change of their fare after they arrived at their destinations. (PAC / RSR)