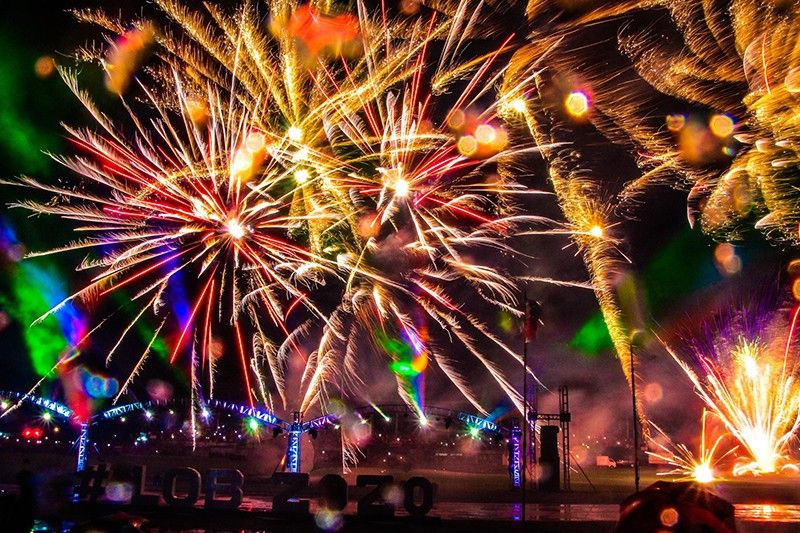 BAGO CITY -- At least 35,000 spectators braved the intermittent rains to witness the much-anticipated “Lights of Bago” in this southern Negros Occidental city, which is hoped to lessen, if not eradicate, the stigma on the deadly human immunodeficiency virus (HIV) and acquired immunodeficiency syndrome (Aids) among Negrenses.

According to Centers for Disease Control and Prevention, the stigma is the negative attitudes and beliefs about people living with HIV/Aids.

It is the prejudice that comes with labeling an individual as part of a group that is believed to be socially unacceptable, it added.

For Bago City Mayor Nicholas Yulo, such stigma that has been stimulating fear among people especially those in vulnerable sectors to get tested should be lessened through one, strengthening the awareness on the disease.

Yulo, on the sidelines of 12th Lights of Bago at the Manuel Y. Torres Sports Center on Wednesday, said the public should be made knowledgeable about the disease as it is surrounded by a lot of myths.

“We have to bring it out in to the open so the people would be aware of the dangers of HIV/Aids, we have to educate the public,” the mayor said as he urged possible victims to get tested and seek early treatment.

Aside from existing measures like initiating talks involving people living with HIV/Aids, the city government has found a new platform -- the “Lights of Bago” -- to further bring into the public’s consciousness the need to address such pressing concern hounding the country.

Themed “A Rhapsody of Colors and Diversity,” this year’s edition of the synchronized fireworks display underscored HIV/Aids awareness as well as promote gender equality and diversity.

The 26-minute musical fireworks and lights display featured some of the greatest hits of Queen, a rock band led by British singer, songwriter, record producer and vocalist Freddie Mercury who died due to complications from Aids in 1991.

Revelers including those from other cities and municipalities in the province were wowed by the dancing lights that brought colors and spark to the dark and gloomy sky.

Yulo said more than just an entertainment, the show is a timely and relevant advocacy.

The mayor said the event committee opted to give attention to the “silent but creeping” health problem being faced by the country.

Seemingly, the public is not talking about HIV/Aids. It has been kept, he said.

“The best solution is bringing it on the open,” Yulo reiterated, adding that “here in Bago, we have called upon various sectors for this advocacy as we feel that if everybody cooperates then we will be able to eliminate this problem.”

Health records showed that the Philippines has become the country with the fastest-growing HIV epidemic in Asia and the Pacific, one of eight countries that account for more than 85 percent of new HIV infections in the region.

One HIV case in every nine hours is being recorded in Western Visayas, it added.

In Negros Occidental alone, Bago ranks second among the component cities with the highest number of cases, at 36 as of July 2019, the local officials noted.

Though they clarified that these resident-victims did not necessarily acquire the disease in Bago City. “They might get infected in other places like Manila, they just got tested here.”

In this advocacy, the city government has partnered with The Red Whistle, a Manila-based organization also advocating for HIV/Aids awareness.

Dan Carlo Poblacion, communications lead of The Red Whistle, said Bago City is the first local government unit (LGU) in the province to partner their organization for such advocacy.

Poblacion, a Negrense, said they are very happy to see an LGU to have an advocacy related to HIV/Aids incorporating in a big event.

“With the large number of people participating, or coming to the event, we see a huge impact of this advocacy,” he said, adding that “this is such a big venue for us and local government to educate not only those living in Bago but as well as those outside the city.”

Prior to the show, The Red Whistle spearhead a short talk on HIV/Aids. A short video presentation on the life of Mercury was also played.

Yulo noted that a “colorful light” awaits every Bagonhon this 2020, expressing hope that this is going to be a more progressive year for the city.

The local government, meanwhile, will again hold the Lights of Bago Photo Competition with two categories such as conventional and mobile photography.

The exhibit will open at SM City Bacolod on January 7.