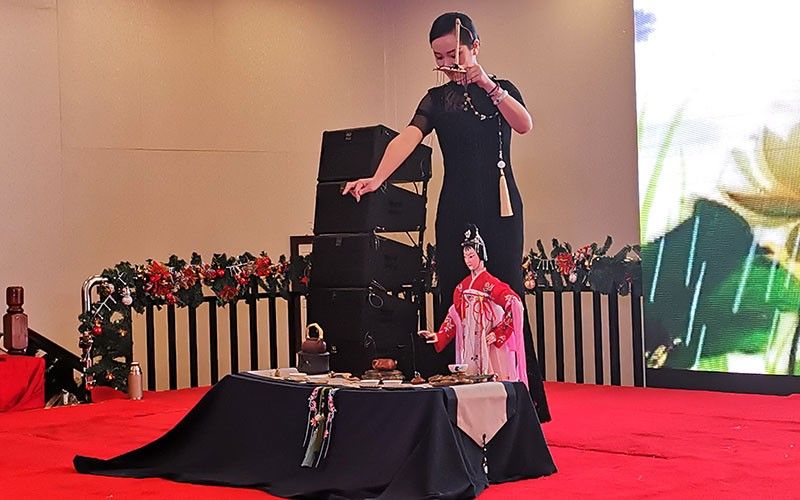 TEA drinking is not only done to quench thirst but also to enjoy its pleasures. One can reflect, think about life. It leads to peace of mind. This is one of the characteristics of the Chinese tea culture, with its history dating back to thousands of years.

The cultural performance combined tea art performance, video play and live interaction with Chinese cultural expressions such as puppetry, calligraphy and martial arts. Fujian is one of the traditional tea regions in China. It has a great number of tea varieties. Wuyi Rock Tea, AnxiTieguanyin and Fuzhou Jasmine Tea are among those popular with tea enthusiasts.

The Hai Si Tea Road show uses the Chinese tea culture to promote mutual understanding and friendship with countries and regions around the world. Harmony is the core value of Chinese tea culture. It is based on Confucianism and integrates the distillation of Taoism and Buddhism. It emphasizes harmony with nature, soul and mind. (CSL)