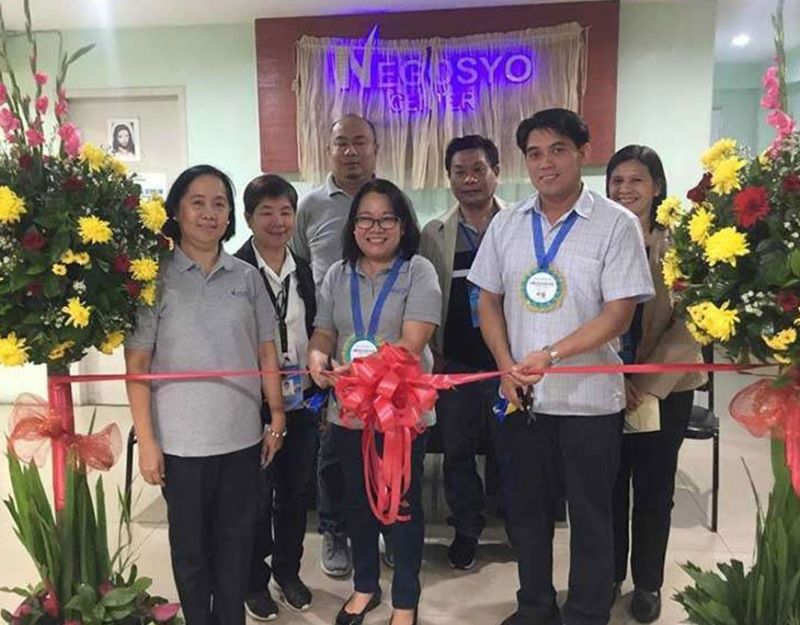 NEGROS. Opened in December 2018, the Negosyo Center in Silay City is among the latest facilities to be opened in the province. (File photo)

THE Department of Trade and Industry (DTI) in Negros Occidental is eyeing to open 10 additional Negosyo Centers in the province this year, its official said.

Engiemar Tupas, officer-in-charge chief of Industry Development Division of DTI-Negros Occidental, said the establishment, though, of more Negosyo Centers in the province will depend on the agency’s availability of funds.

Tupas said the DTI takes charge of the manpower, signage, furniture and other equipment, among others. While, the area or structure is provided by the recipient-local government unit (LGU).

“Since 2015, we have established 23 Negosyo Centers in 22 cities and municipalities in the province,” he said, adding that under the law, all LGUs should have such facility.

It provides micro, small and medium enterprises (MSMEs) the ease of doing business and facilitates access to grants and other forms of financial assistance, and shared service facilities (SSF), among others.

In 2016, the eighth Negosyo Center in the province was unveiled in Hinigaran town. Others that opened that year were those in the cities of Bacolod, San Carlos, Victorias, and La Carlota.

The agency has yet to open 10 more Negosyo Centers in Valladolid, Pulupandan, Moises Padilla, Candoni and Ilog in the south, and Manapla, Toboso, Calatrava, Murcia and Salvador Benedicto in the north.

Tupas, also the focal person for Negosyo Center in Negros Occidental, said the establishment of these facilities has positively contributed to the development of local entrepreneurs.

Also, it has helped in the generation of more employment especially in the countryside, he said, adding that Negosyo Centers enabled the DTI in bringing its services closer to the people.