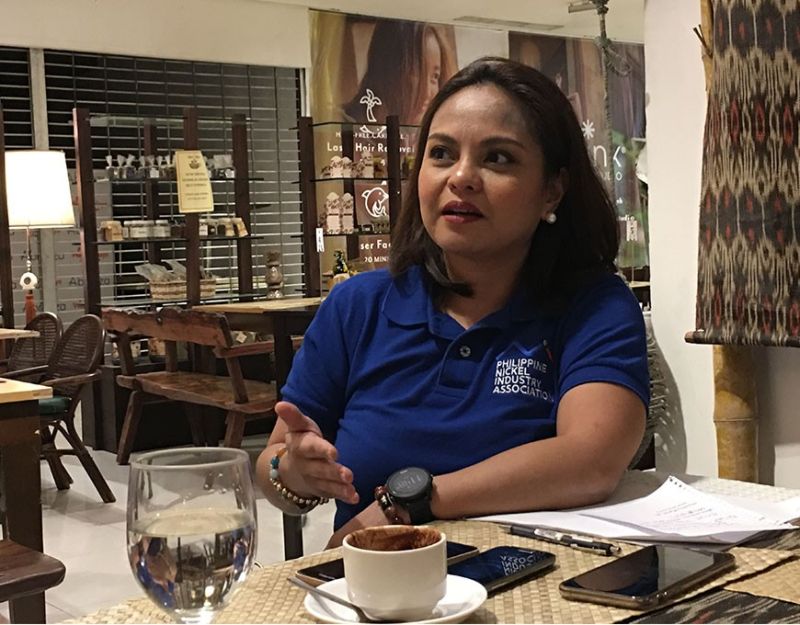 THE nickel mining industry group is bracing for the possible increase in the global demand of nickel brought about by the boom of electric vehicles.

“The direction globally is really the EV (electric vehicle) industry and we have that global competitiveness because more than 50 percent of the component of the entire electric vehicle is really nickel. The batteries itself and the body need more nickel,” Philippine Nickel Industry Association (PNIA) Executive director Charmaine Capili said in a press conference, Friday.

“At present, the composition of the battery that is being used is six nickel, two cobalt, and two magnesium. [By] Late 2018, they already tried to use eight nickel, one cobalt, and one magnesium because they said it has lower production cost and higher efficiency, but they still have to test the durability and further its efficiency,” she said.

She said the growing demand for nickel is also foreseen in the goal of European countries to have zero-carbon emission by 2030 by shifting to electric vehicles.

She added that the demand is not only exclusive to other countries as it has been observed in the Philippine transportation.

Apart from batteries, she said the stainless steel used for the body of electric vehicles also has nickel in it.

Although the Philippines is one of the largest producers of the mineral’s ore along with Indonesia which is leading in the industry, she admitted there are still factor preventing the country to compete globally.

She said among the challenges are the limitations of exploring other areas because of the moratorium imposed by Executive Order (EO) 79.

“May limitations po sa explorations, no new permits. Kung ano lang yung na approved [areas] for existing operations, doon lang (We are only allowed to mine on those areas approved for operations),” she said.

“We have 9 million hectares available in the Philippines for minerals that is copper, gold, nickel. But the Philippines right now is only maximizing only 2 percent out of the 9 million [hectares], and out of the 2 percent, only 1 to 1.5 percent is operating. There is a very big potential,” she said citing data from the Department of Environment and Natural Resources – Mines and Geoscience Bureau (DENR-MGB).

She shared other challenges confronting the industry is the amount of resources, the low grade of nickel, high cost of electricity to process the mineral, and the technologies of extracting ores or for processing it.

Capili bared that to address these issues, PNIA, an association of seven mining companies operating in Surigao, Palawan, and Agusan is working with the DENR and the Department of Trade and Industry to establish a Nickel Industry Roadmap.

She said the roadmap also aims to create stable policies for the nickel mining industry and other industries reliant on nickel as well as programs that promote the sustainability of nickel mining in the country.

She also hoped that the moratorium will be lifted soon for the country to be globally competitive.

“Hopefully, by middle of this year, we can already share and launch the roadmap but we are still creating the composition of the Technical Working Group because we want to get inputs from the government, business sectors, European Chamber of Commerce in the Philippines, the Electric Vehicles Association of the Philippines, other nongovernmental organizations and academe,” she said.