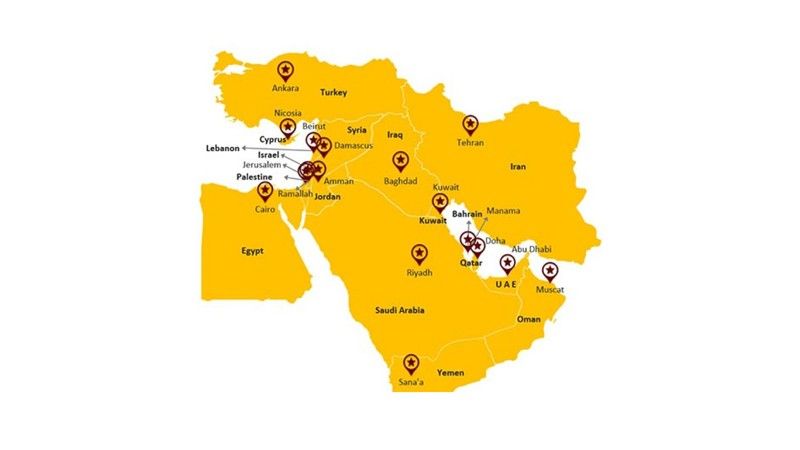 MIDDLE EAST. After another death of an overseas Filipino worker (OFW) in Kuwait was reported, many call on for a temporary deployment ban in all Middle East countries. (Contributed photo)

AN OVERSEAS Filipino Worker (OFW) rights advocate wants the Philippine government to impose a temporary deployment ban in all Middle East countries, following another death of a Filipina worker in Kuwait.

Jeanelyn Padernal Villavende allegedly died in the hands of her female employer, who is now in the custody of Kuwaiti authorities.

Citing a preliminary report submitted by Labor Attache Nasser Mustafa of the Philippine Overseas Labor Office in Kuwait, Labor Secretary Silvestre Bello III said Villavende was already dead when she was brought to a hospital

Migrante International-Davao program director Grace Gamalinda said that while Kuwait is currently under spotlight after the national government previously imposed the ban in Kuwait in 2018 over concerns of the latter over the situation of Filipino migrant workers in the gulf country, but she said higher abuse cases were also recorded in other Middle East countries, particularly in United Arab Emirates, and Saudi Arabia.

She said overseas workers who sought help from their group shared that physical abuse, rape, unjust contract, maltreatment, starvation, inhumane shelter, and unjust wages as among the different forms abuses committed against them.

Gamalinda said Migrante recorded more than 150 abuse cases in 2019, wherein majority of them worked and experienced abuses in these countries.

Although she said no exact figures as of now, but she there were also Mindanawons, working in Middle East countries, who were also victims of abuses.

The advocate said current labor export program being pushed by the Duterte administration in other countries must be abolished since it only worsened the situation of the OFWs.

With the continuous abuses the OFW experience, she said it is high time the government should produce more jobs in the country instead of them going abroad and risking their lives for job opportunities.

Meanwhile, Bello said in a Philippine News Agency report on January 2, said the government is set to impose a partial ban on the deployment of household service workers to Kuwait.

Bello said the local placement agency that sent Jeanelyn Villavende to the Gulf estate faces possible cancellation of its license for its failure to act on her request for repatriation months prior to her death in the hands of her Kuwaiti employer.