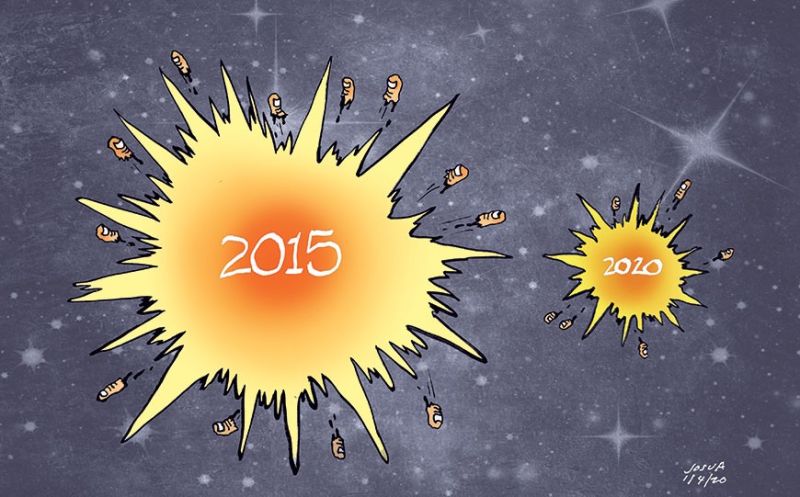 CEBU Province, including the cities of Cebu, Lapu-Lapu and Mandaue, had a population of roughly 4 ½ million people, based on the 2015 Census of Population of the Philippine Statistics Authority.

In most likelihood, the number has grown by a few thousand since then, considering that Cebu’s annual growth rate is 2.1 percent.

But while the population has steadily increased during this period, the number of people who suffered from firecracker-related injuries during New Year’s Eve revelries has dwindled.

Figures released by the Department of Health (DOH) in Central Visayas showed that 26 persons were hurt when Cebu ushered in year 2020, down from the 47 cases reported in 2015.

According to the same DOH report, the injury toll is 24 percent lower compared to the same period last year.

When President Rodrigo Duterte signed Executive Order 28 in December 2017, which confined the use of firecrackers and other pyrotechnic devices to community fireworks display under the supervision of a trained person licensed by the Philippine National Police to lessen the risk of injuries, he acknowledged that the practice to celebrate events of personal, religious, cultural and national importance was part of Filipino tradition.

Duterte also issued Memorandum Order 31 in October the follower year, which ordered authorities to strictly enforce laws and regulations on the sale, manufacture and distribution of firecrackers and pyrotechnic devices.

On Monday, Dec. 30, 2019, Cebu City Risk Reduction and Management officials urged the public to forgo firecrackers and blow horns and bang pots and pans instead.

They also issued a reminder that the use of firecrackers inside private properties or on roads was prohibited since these should only be set off in designated areas, as mandated by the Department of the Interior and Local Government.

The numbers showed that there is cause for celebration. But 26 is still a far cry from the zero casualty target. Despite the crackdown and the information dissemination, the government warning fell on deaf ears.