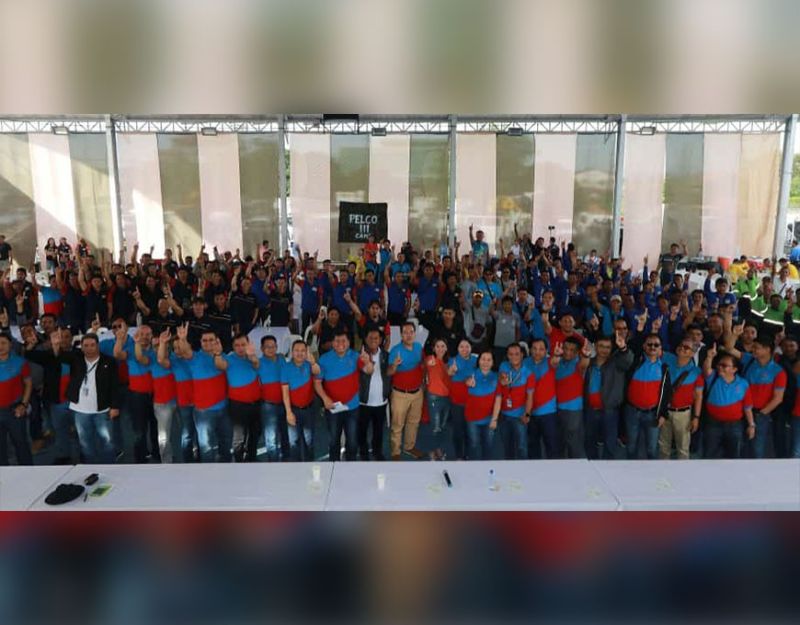 This came after typhoons “Tisoy” and “Ursula” devastated several provinces, including Albay and Occidental Mindoro days before and on Christmas day, causing massive power outages in some areas.

A simple send-off ceremony was hosted by the Pampanga III Electric Cooperative (Pelco-3) early morning on Friday before the personnel were officially deployed for their temporary remote duties.

He disclosed that about 3,000 electric posts each from Aleco and Omeco were reportedly damaged during the onslaught of typhoons.

Almost a hundred boom trucks and service vehicles were also sent along with the personnel to ensure the quick rehabilitation activities, he added.

National Electrification Association (NEA) Disaster Risk Reduction and Management department Director Federico Villar also noted that sending off of assistance to their counterparts has been a practice among electric cooperatives for several years now.

“It has been an institutionalized practice by NEA and our partner electric cooperatives to send help to our needy fellows not only during times of calamities, but even during opening of classes and any chance possible,” he said.

Through cooperation and unity, Villar said the group is optimistic that power will be restored in the soonest possible time, and lives of affected member-consumers will be brought back to normal.

Cesar Sigua, Jr., PhilReca Party-list secretary general and Pelco-3 Board of Directors president, said that the activity is an embodiment of their living motto of cooperativism.

“We wanted to embody our being cooperatives by providing service only to our respective member-consumers, but to our partner electric cooperatives as well,” he said.

He added that electric cooperatives were already successful in the rural electrification which started 1969, and are now bound to participate in the rural development agenda.

“We do not want to be bounded by supplying power alone as we wanted to provide service to our member-consumers and the community that nurtures our cooperative,” Sigua said.