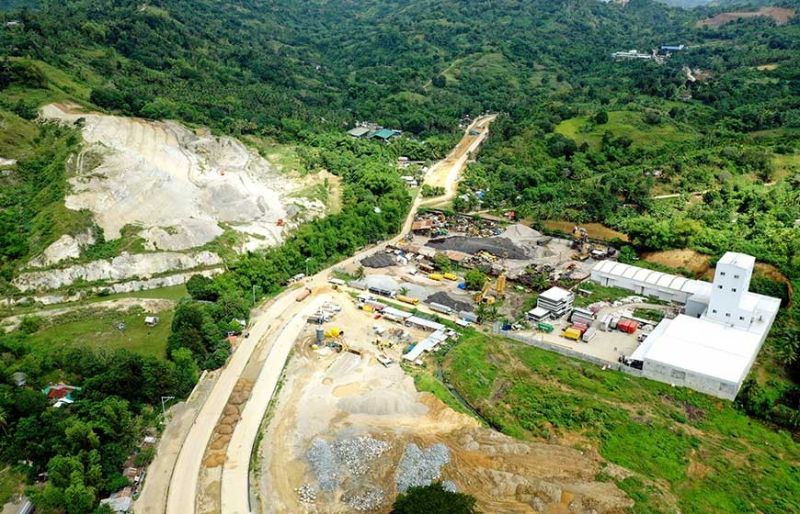 STALLED PROJECT. Work on Segment 3 of the Metro Cebu Expressway project in Barangay Pangdan, City of Naga has been stalled by residents who refuse to leave their properties. (SunStar photo / Allan Cuizon)

SOME residents who are affected by the implementation of Segment 3 of the Metro Cebu Expressway (MCE) project in the City of Naga, Cebu refuse to budge until they get paid.

Edgar Tabacon, Department of Public Works and Highways (DPWH)-Central Visayas director, had said they were working on ways to solve the problem of road right-of-way (RROW) acquisition.

He thought of tapping concerned local government units to convince owners to sell their properties to the government and allow workers to enter even before they are paid in full.

Valdemar Chiong, City of Naga mayor, said he fully supports the project, but coordination with the agency needs to be improved.

“They just came to us to inform. I think there’s no coordination yet. Nonetheless, we support the project. We even allowed work to be done in some 2,000 square meters of our property in Pangdan for the project,” he said.

Nerry Sumalinog, 46, one of the affected property owners in Barangay Pangdan, said she will not allow work on her property unless the government pays her the agreed full amount for both her house and lot.

She said she already received 70 percent of the total payment for her house.

However, she admitted that her family does not have all the documents the government requires for the negotiated sale.

She said she and her husband are waiting for the full payment for their house before they will allow work on their property.

Reponte said they only have a tax declaration as proof of ownership for the lot where their house stands. She said they’ve stopped processing the documents for the sale of their property after they heard of payment delays from other affected lot owners.

Severa Aliman, 75, had also received initial payment for her house. The lot it stands on is still under her deceased father’s name.

Sumalinog, Reponte and Aliman are but three of around 160 residents in Barangays Pangdan and Cantao-an who entered into a negotiated sale to give way to the implementation of Segment 3 of the MCE.

The expressway is a 73.75-kilometer highway that will connect the City of Naga in the south to Danao City in the north.

According to the DPWH website, the MCE is a “high standard arterial road planned to meet Metro Cebu’s existing and future traffic demand.” It is “expected to significantly address the traffic congestion within Metro Cebu, especially its urban core and central business districts.”

Ciara Faye Tondo, the contractor’s project engineer, said 60 percent of the slope protection for the 2018 project component is already done.

The 2018 and 2019 MCE project components were both allocated P300 million budgets.

Tabacon said a P200 million budget was allocated for the 2020 project component for the expressway’s third segment. However, it was not yet awarded to the winning bidder pending the approval of the 2020 General Appropriations Act.

Under Republic Act 10752, or The Right-of-Way Act, the government may acquire real property needed as right-of-way site or location for any national government infrastructure project through donation, negotiated sale, expropriation, or any other mode of acquisition as provided by law.

The imlementing agency may offer to acquire, through negotiated sale, the right-of-way site or location for a national government infrastructure project provided that they will offer to the property owner concerned, as compensation price, the sum of the current market value of the land, the replacement cost of structures and improvements and the current market value of crops and trees.

If the owner agrees to the sale, 50 percent of the agreed price of the land and 70 percent of the price of the structures, improvements, crops and trees (in both cases exclusive of unpaid real estate taxes) shall be paid by the agency upon the signing of the deed of sale.

If the property owner refuses or fails to accept the offer of negotiated sale within a 30-day period, the agency shall institute expropriation proceedings.

Tabacon vowed to settle RROW acquisition problems this year so construction can go full swing next year. They target to finish the project’s Segment 3 by 2022. (WBS)