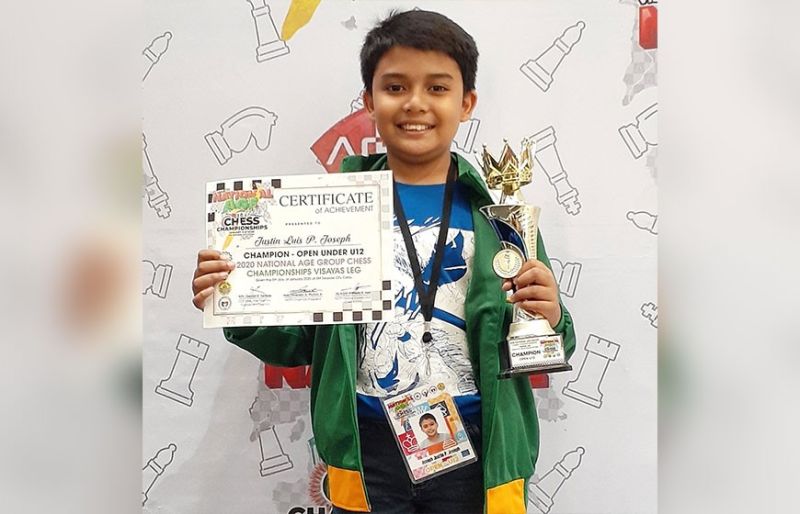 NATIONAL FINALS. Justin Luis Joseph of the University of San Carlos-Basic Education Department is headed to the national finals after winning the 12-Under crown. (Contributed photo)

Gallenero came up with 5.5 points for second place, while Lennox Samson had 5.0 points to complete the podium finishers in the Under-14 Open division.

Ghian Michael Alegria finished second with 5.5 points and Romanillos was third with 5.0 points

Chris Aldritz Pondoyo captured the Under-20 crown after scoring 5.5 points in the three-day tournament sanctioned by the National Chess Federation of the Philippines.

Ronald Canino of Cagayan de Oro City won the Under-18 Open crown after scoring 5.5 points from four wins and three draws. He beat Vic Gyles Derotas in the opening round and settled for a draw with Reishi Boy Polan and Rogel Nino Panilagao in the next two rounds.

The top three chess wizards in every category will advance to the National Age Group Chess Championships Grand Finals in Manila. (RSC)