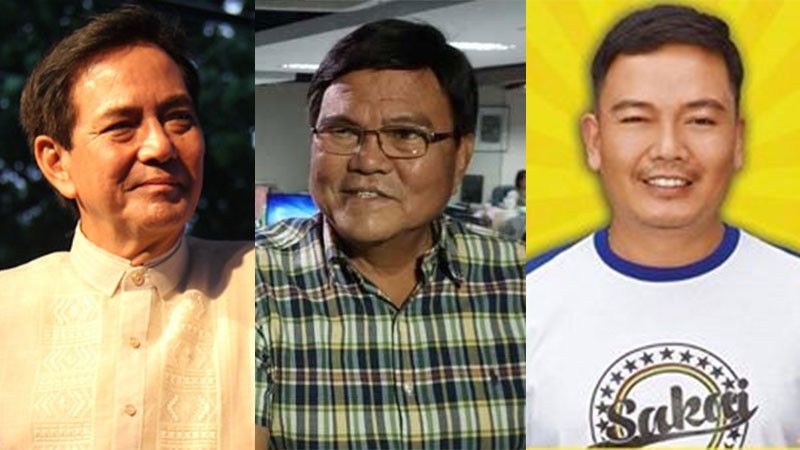 [1] 'KINAKABAHAN AKO." President Rodrigo Duterte fears not over a full-scale war because of the taking out of Iran's top military commander. He worries over a shooting war in the Middle East where thousands of Filipinos work as migrants. He wants funds prepared for the repatriation of the Pinoy workers if or when Iran would start retaliating against Americans and US interests there.

Lagman's reply to the Panelo comment: "A lame rebuttal which has no sense."

Banilad (Cebu City) Barangay Captain Dennes Tabar Monday (January 6) explained why a number of his colleagues have been reluctant to sign an "undertaking" to liquidate the funds each barangay had received before as assistance from City Hall:

[1] It was their predecessor who failed to make the liquidation and they didn't have the information and documents to support it;

[2] They fear the "undertaking" they are being asked to sign would bind them to the liability the previous barangay captain incurred.

Tabar, interviewed by dyCM's Jason Monteclar, said they are also obliged, as City Hall condition for new money, to sue the ex-barangay captains who failed to liquidate past fund aid. It was not barangay money that was involved, so the city should sue, Tabar said. In fact, he said, then mayor Tomas Osmeña already started suing those barangay captains.

Mayor Edgar Labella must be following some COA regulation not to release fresh funds if the barangay still had not liquidated past money releases to the said barangay.

Apparently though, he must have found a way since two days ago Labella already ordered the legal office to clear any legal obstruction for barangays to get their P5 million each assistance. even if they had a pending liquidation problem.

When Tabar lamented on the regulation, he must not have yet known the change in policy.

Tabar is identified with BOPK, ex-mayor Osmeña's political group. Barangay captains like him must have thought they would be shut out from perks under the new administration, which Tomas's reign was accused of doing to its rivals.

Labella said he would adopt a policy of inclusion, which must have taken some time to implement. It would seem that other administration forces at City Hall are reluctant, if not resistant, to the mayor's avowed strategy. They still remember Osmeña's "scorched earth" tactics and must want to strike back or adopt it, for Barug to strengthen fences now while it is in power.

Mike in the picture

It could be annoying to supporters of Mayor Labella to hear Vice Mayor Mike Rama's pitch on the issue of fund aid to barangay captains.

Again, it would seem that Mike wanted to play the hero in the "eksena." But how could Labella disagree when that precisely is the policy of the mayor, raised in the last campaign and repeated after he assumed office?

And did Mayor Labella change his mind about the condition because of what VM Mike publicly said?

The problem now is whether it would not violate government regulation and risk a lawsuit later.