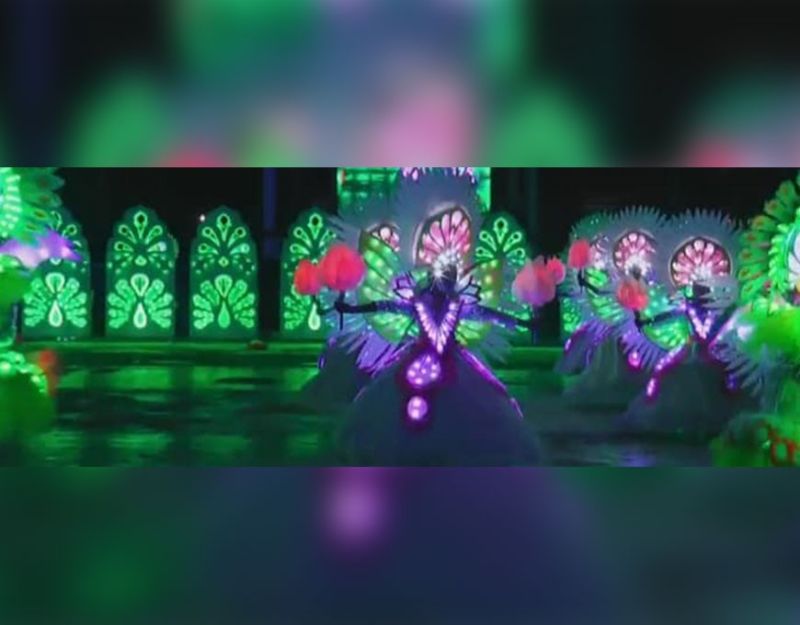 The performers from Barangays Cabacungan and Manghanoy take home P100,000 in cash prize for wining as champion in the 21st Bailes de Luces Festival in La Castellana on Sunday. (Grace Supe photo)

INDEED, Bailes de Luces, a major tourism event of La Castellana, is a world class festival as it has wowed thousands of spectators including guests from Korea.

Nicor-Manguilimutan said the presence of Korean guests is a boost to the town as it eyes a sisterhood agreement with Wonju City, one of the richest cities in South Korea.

“We will be sending our resolution to the Wonju City Government expressing intention to forge a sisterhood agreement with them right after the festivity,” she said, adding that they are meeting again with Korean representatives during the Sinulog Festival in Cebu this month.

The mayor reiterated that aside from the skill and creativity in the field of performing arts, La Castellana has so much to exchange with the Korean city.

Mainly, it will be festival and other tourism promotion, Nicor-Manguilimutan said, adding that though it’s a wealthy city, Wonju’s festival has yet to be organized.

Known as the "Festival of Lights," Bailes de Luces is a celebration of thanksgiving. It has been compared to the Rio De Janeiro Carnival of Brazil.

In 2012, it has conquered the national stage when it competed for the inter-town finals of ABS-CBN's “It's Showtime.”

For the people of La Castellana, the dances and transitions of lights also symbolize hope for them and a guide for the town in its aspiration for a better future.

Also, the dances trace back the history of the festival, which was first popularized by using “sulo” or fire torch as the main source of lights.

For this year, also the 102nd founding anniversary of La Castellana as a town, 10 groups competed in the Festival Street and Arena Dance Competition.

Six groups vied in the barangay category, and four in the school category.

A group composed of Barangays Cabacungan and Manghanoy took home P100,000 in cash prize for wining as champion.

It was followed by the groups of performers from Barangays Lalagsan and Nato and Barangays Camandag and Talaptap as first and second runners-up, respectively.

For the school category, the Department of Education (DepEd) La Castellana II and Lalagsan Elementary School won in the elementary level.

The champion in the school category also took home P100,000 in cash prizes.