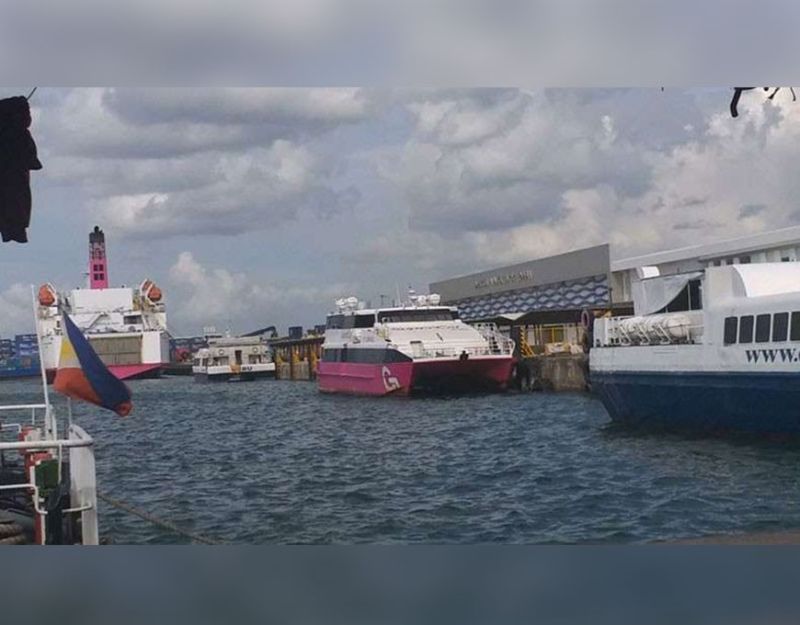 Fastcraft and roro vessel operators at the Bredco Port in Bacolod City may increase fare hike amid the increasing trend on fuel prices. (File photo)

FARE among fastcraft and roll-on/roll-off (roro) vessels plying between cities of Bacolod and Iloilo and vice versa may increase if the fuel prices continue to go up, an operator said.

Frank Carbon, operator of Weesam Express, one of the three fastcraft vessels at the Bacolod Real Estate Development Corp. (Bredco) Port, said they are looking at the possibility of imposing a P5 to P10 increase if pump prices reach P45 per liter.

Carbon said the current average price of diesel is at about P41 per liter, following the upward adjustments implemented by some oil companies just within the first few days of the year.

Industry sources earlier said that the adjustment was brought about by the movement in international oil trading.

This is on top of the impending increases seen amid the implementation of the third tranche of fuel excise tax hikes.

“The impact of the recent increase of four percent is minimal yet. But if the pump price reaches P43 per liter, we have to start preparing,” he said, adding that “if it reaches P45, then the fare hike is a go already.”

Current fare rate among fastcrafts ranges from P250 to P400 depending the types of accommodation, while that of roro is P70 to P80.

If ever there will be an adjustment, the new fare rate for fastcrafts will be up to P260 to P410 and P80 to P110 for roro vessels.

This is a reasonable increase as the amount will just cover up the fuel side, Carbon said, pointing out that since fastcrafts and roro vessels are deregulated “there’s no need for us to seek for permit or provisional authority to implement the fare hike.”

"We just have to inform the Maritime Industry Authority (Marina)," he said.

The operator said current oil prices in the world market range from 60 to 65 dollars per barrel.

“It’s not yet hurting us too much,” he said, adding that something to brace for is if it reaches 100 dollars per barrel which is possible if the tension between United States and Iran escalates.

Carbon, also the chief executive officer of the Metro Bacolod Chamber of Commerce and Industry (MBCCI), said the possible adverse effects of the “impending war” between the two foreign nations is a “spoiler” to the country’s prospective growth this year.

The country, he said, had a lower interest rate of 5.6 percent per annum, stronger peso value, and good inflation rate trend last year.

In fact, seeing the progress in the city and province for the last three years, the business leader earlier expressed confidence that Negros Occidental and its capital Bacolod City will be the most visited province and city by prospective investors and tourists this year.

“The conflict between US and Iran may be taken advantage by countries especially when the supply is limited and the demand is high,” Carbon said, pointing out that there’s a need for the Philippine government to ensure that there will be no profiteering.

MBCCI is calling on government agencies to preempt possible profiteering by taking-advantage-players.

They are mostly in the food sector which is under the watch of the Department of Agriculture and Department of Trade and Industry, it said.

The Department of Energy, meanwhile, has to focus on prices of petroleum products, Carbon added.