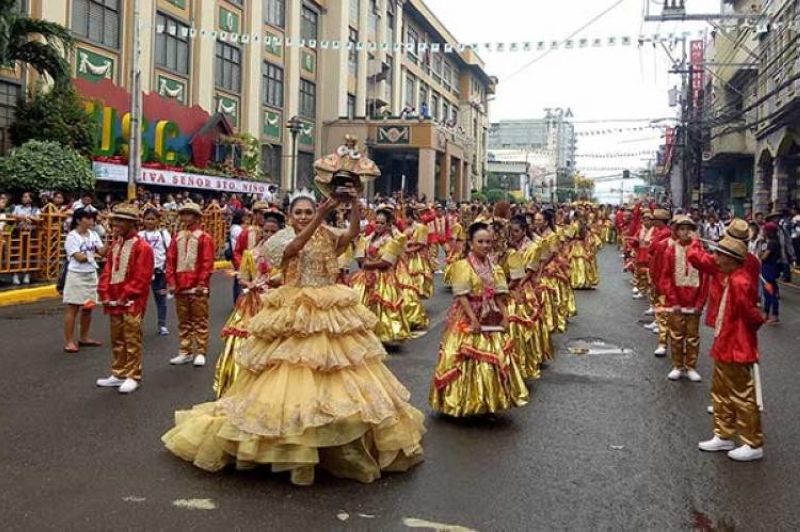 TO SECURE devotees and revelers, close to 6,000 personnel of the Police Regional Office (PRO)-Central Visayas will be deployed to all activities related to the Fiesta Señor, including the Sinulog Grand Parade in Cebu City.

Around 200 police officers will be tasked to secure the premises of the Basilica Minore del Sto. Niño de Cebu from the start of the novena masses on January 9, 2020 until the fiesta is over.

The local police will also allow devotees with backpacks to enter the Basilica for the masses.

However, the devotees carrying backpacks still have to go through a special lane for an inspection, according to PRO-Central Visayas director Brigadier General Valeriano de Leon.

He also said transparent bags will be checked.

De Leon still discouraged devotees from bringing bags if they want to hear mass inside the Basilica so they could avoid the hassle of going through an inspection line.

The police official said they must not let their guard down as it could be possible that criminal personalities, including terrorists, would blend in with the crowd.

He said they would strive hard to achieve a zero-crime incident in all religious and cultural activities this month.

Meanwhile, the official Hermano and Hermana Mayores for the 455th fiesta celebration in honor of Señor Sto. Niño are Alan and Elvie Doromal.

The Cebu Provincial Government will extend P3 million in financial aid to the Cebu City Government for the Sinulog as a way of giving back when the latter offered the Cebu City Sports Center as the venue for the Pasigarbo sa Sugbo in August 2019.

The Capitol will also deploy its ambulances, doctors and nurses during the Sinulog Grand Parade. (AYB, JCT, RTF/KAL)