Caindec tangled with Tomas on traffic, now with Nalzaro on wealth 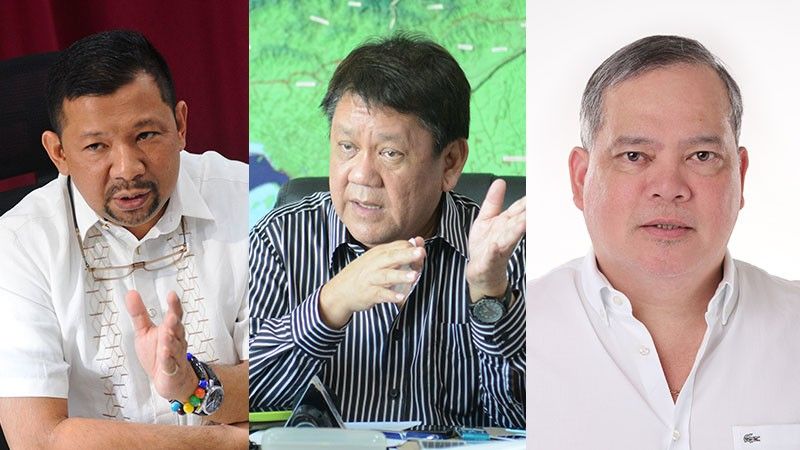 [1] LENI ROBREDO'S REPORT ON DRUG WAR. Her rating on the President's campaign against illegal drugs focused on the supply side: "1 out of 100" was her mark. Law enforcers, she said, were only able to seize one percent of the total supply of illegal drugs in the country for the past three years.

Land Transportation Office (LTO) Regional Director Victor Caindec tangled publicly with then Cebu City mayor Tomas Osmeña in July 2018 over the traffic mess caused by the construction of a subway in Mambaling.

Now Caidec is back in the media spotlight: not over the traffic crisis in Metro Cebu, which is worse than ever, but about his alleged unexplained wealth and complaints of corruption.

Accused by his dad

Caindec's answer to the accusation, originally raised by his father, Victoriano "Sonny" Caindec, who had complained to Nica, the intelligence agency, and the LTO. Yes, his dad, his biological father with whom Victor has had bad relations caused, the son said, by a feud over land.

Since then, Caindec said, he has faced "a steady stream of anonymous complaints" which, he said, he has already answered.

After broadcaster-newspaper columnist Bobby Nalzaro asked, in a SunStar January 6, 2020 column, that Victor's lifestyle be investigated because -- citing the father's accusation of extraordinary wealth since his son assumed as LTO chief in January 2018 -- the younger Caindec said in his defense:

[1] it is old hat, an accusation prompted by his father's ill-will as well as the malice of other, anonymous, complainants. (He could've shown result of the investigation if any was conducted. In the absence of resolution clearing him, the charges still hang.)

[2] He was "not poor" before he joined LTO. (Without his SALNs and a check on his present holdings and lifestyle, the argument of prior wealth cannot be readily accepted to justify present affluence.)

He has accused broadcaster Nalzaro of receiving "an envelope of money from me" when he was still a private person, disclosed in the LTO chief's Facebook post of January 7, 2020. (Caindec gave no detail and showed no evidence of his hit-back on the columnist. Which does not answer, much less refute the charge against the public official.)

Argument of not being poor

Caindec reinforced his first statement that he was not poor before he joined the government with these lines in another January 7 FB post, thus:

Taking Caindec's line of persuasion, a public official or employee must be spared from any accusation or complaint of corruption because that will discourage people from pursuing a career of public service.

One has yet to hear that argument from the scores of public servants facing charges before the ombudsman or the Sandiganbayan.