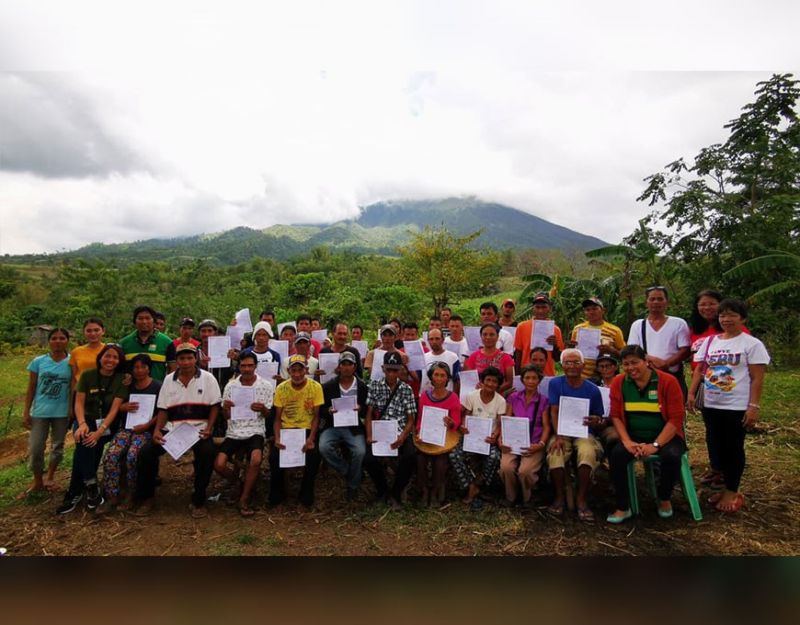 The 38.7497-hectare property formerly owned by Arturo Jimenez, among others, was covered under the Comprehensive Agrarian Reform Program Extension with Reform (Carper) through compulsory acquisition scheme.

The agrarian reform beneficiaries (ARBs) are now the owners of the 26.2702-hectare landholding comprising 57 Cloas and sublots.

Municipal Agrarian Reform program officer Josephine Yap, who led the distribution rites, commended the ARBs and encouraged them to cultivate the land and make it productive.

Yap reminded the beneficiaries to exercise diligence in the use, cultivation, and maintenance of the land and to secure their real property taxes and amortizations at the Land Bank of the Philippines (LBP).

“This is not the end of our partnership, that is why we encourage you to strengthen your organization and not to engage in any form of illegal activities,” she said, adding that the government and other agencies are always open to support Carp beneficiaries.

Section 49 of the DAR Administrative Order No. 7, Series of 2011 stated that the sale, transfer, lease, or any other form of conveyance by a beneficiary of the awarded lots is unlawful.

The landowner through its hacienda administrator, Alfredo Junas, thanked the services rendered and support of the farmworkers as he urged them to protect the awarded lands.

“We are very blessed to receive the early gift from the DAR this year and will be a great help to every family in this hacienda,” ARB representative Nestor Monton said.