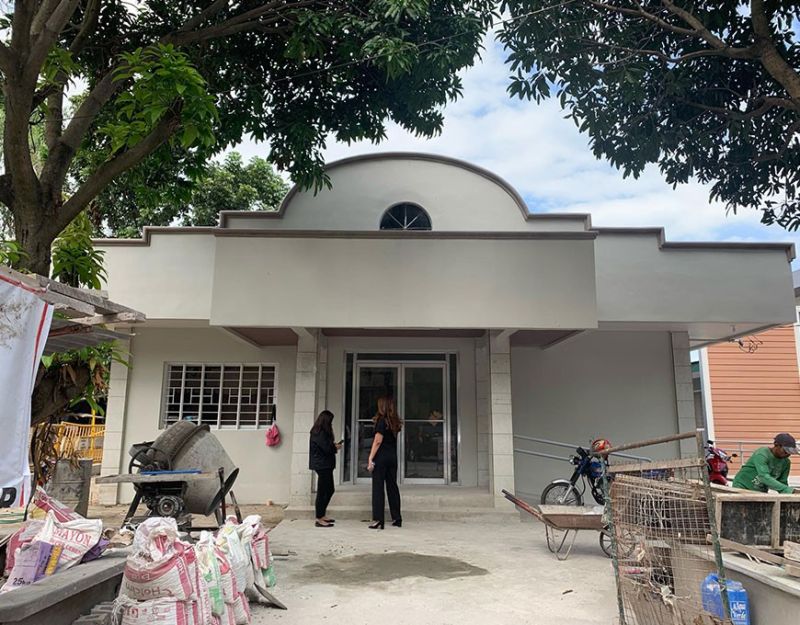 The facility, which was funded for P2 million by the City Government and inspected by Executive Assistant IV Reina Manuel on January 6, 2020, is located at City Hall Compound, Barangay Pulung Maragul. It will be formally opened in January.

Mayor Carmelo Lazatin Jr. said this is one of the efforts of the City to utilize anti-drug-related programs at the ground level to ensure that Angeles City will be drug-free.

He said this year, "we will reinforce the intensified programs of the City for war on drugs such as the adaptation of Oplan Harabas of PDEA where tricycle and jeepney drivers, as well as bus terminals within the City, will receive surprise inspection and random drug-testing by the Public Transportation and Regulatory Office (PTRO) and Angeles City Traffic and Development Office (ACTDO)."

The mayor also said he will tap the efforts of the Human Resources and Management Office (HRMO) to conduct surprise drug testing among the employees in the city twice a year.

"We are promoting for a drug-free workplace. Employees found positive for drug use will undergo mandatory rehabilitation in accordance with CSC Resolution No. 1700653," he said.

Lazatin also said he will push for a mandatory drug testing for all business establishments before being issued a business permit.

He is also eyeing the drug clearing of all 33 barangays of the city.

He said the City Government will provide subsidy to all the barangays for the activation of their respective Barangay Anti-Drug Abuse Council (Badac).

"We have to work hand-in-hand for our primary goal for the City is to eliminate drugs. We have 33 villages here, and we are targeting that at the end of my term as local chief executive, all of these barangays will be cleared from drugs. We will also establish the Balay Silangan Reformation Center in Barangay Sta. Teresita," he added.

For youth programs, Lazatin said the Youth Development Office and the SK Federation will focus on anti-drug campaign programs among youth sector, "where a total of 80 percent of their total budget will be allotted to these programs."

"We will be implementing SK standard training in extensive anti-drug prevention education -- a uniform program for youth leaders which involves three phases," he said.

Director III Irish C Calaguas, OIC-deputy director general for administration and chief-of-staff of PDEA, thanked Lazatin and Manuel for not hesitating to put up a PDEA office in the city.

She said this will serve as a catalyst in fighting the seeds of illegal drugs in the city.