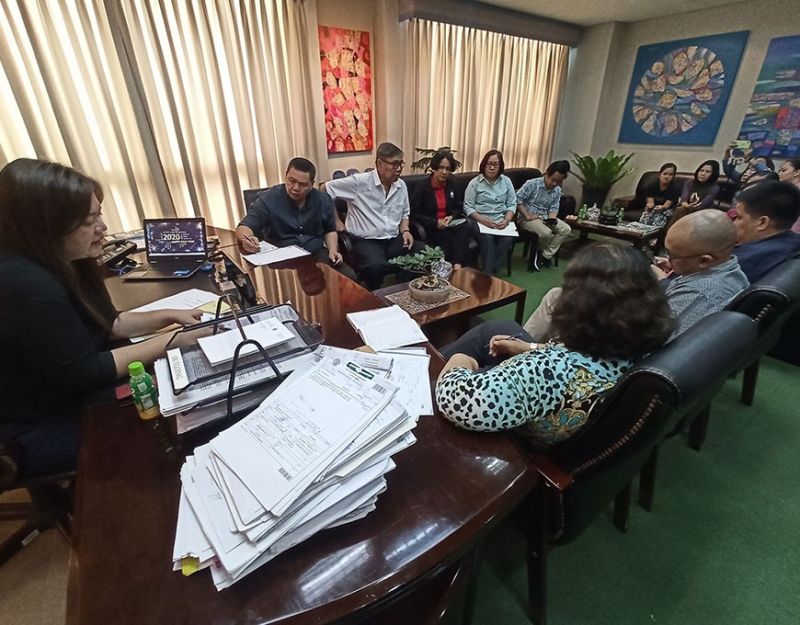 THE Iloilo Provincial Government is creating a task force that will set up an inter-agency help desk to assist Ilonggos who will be repatriated from the Middle East following the escalating United States-Iran tensions.

Provincial Administrator Suzette Mamon said the Task Force Bulig Ilonggo (Help Ilonggo) will set up Thursday, January 9, a 24/7 help desk for queries from relatives of overseas Filipino workers (OFWs) who are now in conflict areas in the Middle East.

The matter was discussed Wednesday, January 8, during an emergency meeting called for by Vice Governor Christine Garin, on behalf of Governor Arthur Defensor Jr., and Mamon.

Present during the meeting were representatives from the Department of Labor and Employment (Dole), Overseas Workers Welfare Association (Owwa), Philippine Overseas Employment Administration (POEA), and Department of Foreign Affairs (DFA), as well as Board Member Rolando Distura, chairperson of the Provincial Board committee on labor and employment.

Two decisions were made Wednesday -- the creation of Task Force Bulig Ilonggo and activation of the Migration and Development Committee (MDC), which will be spearheaded by the Public Employment Service Office of the Provincial Government for the reintegration of the OFWs to local employment.

The task force is an inter-agency action composed of the Iloilo Provincial Government, Owwa, POEA, DFA, and Dole.

"We will have people that will be on duty alternately to answer for the call even on the night, because we are looking for a time difference of the Middle East countries and the Philippines," Mamon said.

The help desk will be stationed at the lobby of the Iloilo Provincial Capitol and it will be equipped with telephone, computers for emails and video calls and Wi-Fi connections.

Mamon said relatives of OFWs in conflict areas in the Middle East can use the Wi-Fi and telephone for free.

"If there are mandated repatriation in the areas that are level 4, we anticipated a work displacement. So we are looking for the aspects of economic provisions, that is why we have to activate the Migration and Development Committee since these OFWs will lose their work," she said.

The province of Iloilo is already looking at whatever measures it can do to help the OFWs through the MDC.

Data from Owwa showed that 30 Filipinos from Western Visayas are currently in Iran and Iraq, as of September 2019. Of this number, 25 are in Iran and five are in Iraq. (SunStar Philippines)