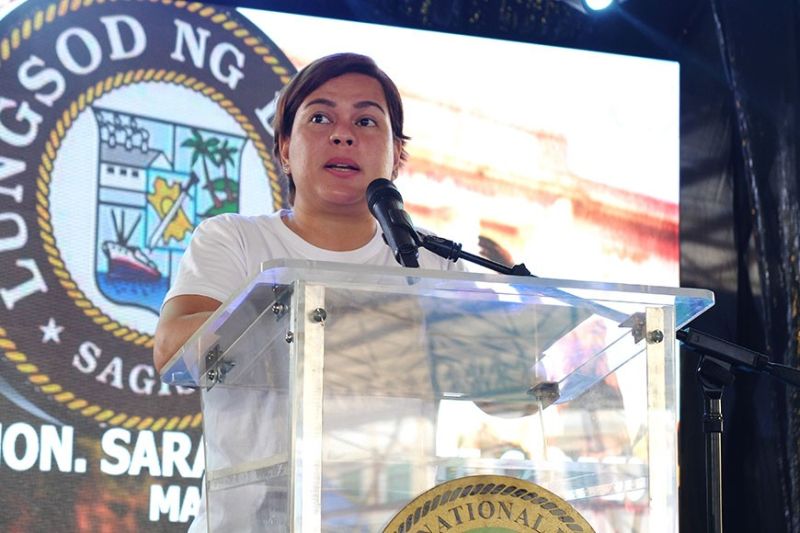 Councilor Danilo Dayanghirang, the one who pushed for its creation in the 19th City Council, said in his privilege speech that Duterte-Carpio will directly endorse the study made by the City Planning and Development Office (CPDO) to the three Davao City representatives Paolo Duterte, Vincent Garcia, and Isidro Ungab.

Dayanghirang said he personally sees no legal problem if the mayor decides to endorse it to them as it is House of Representative who has legislative authority for the creation and division of new and existing congressional districts.

He said the document sent to the Council was for "information purposes".

"Diria man gud (In this topic), it is premature for the councilor to join because it is very political," the councilor told reporters right after Tuesday's regular session.

Dayanghirang said he has consensus from the city representatives, as the mayor would have to meet them personally to discuss the matter.

Councilor Diosdado Mahipus Jr., meanwhile, said while he respects the move of the mayor, the Council should still be given a "voice" in the crafting of the proposal.

"If we pull this document out (CPDO study) and let it go to Congress, that is not allowed. The City Council will be embarassed. I think it would appear the Council would be deprived of their say," Mahipus said.

He said the councilors, as the "voice of the people", should be given participation especially in the redistribution of the new district.

Meanwhile, both councilors agreed that the creation of the new district is urgent as it has long been overdue.

Dayanghirang said the mayor saw economic opportunity losses brought about by the overly congested district set up of the city.

He said the mayor has no timeline as to the development of the endorsement.

But the councilor said the mayor would want the Congress themselves to do the work.

The councilor, in a previous privilege speech, originally proposed for an additional three congressional districts in the city.

He said the city is qualified for an additional district based on Section 5, Article 6 of the 1987 Philippine Constitution.

One of the provisions of the law states that a legislative district must have a minimum population of 250,000.

Dayanghirang also clarified that no additional funding will be given to the City Government, except that a budget will be allocated to the congressional representative of the new district.