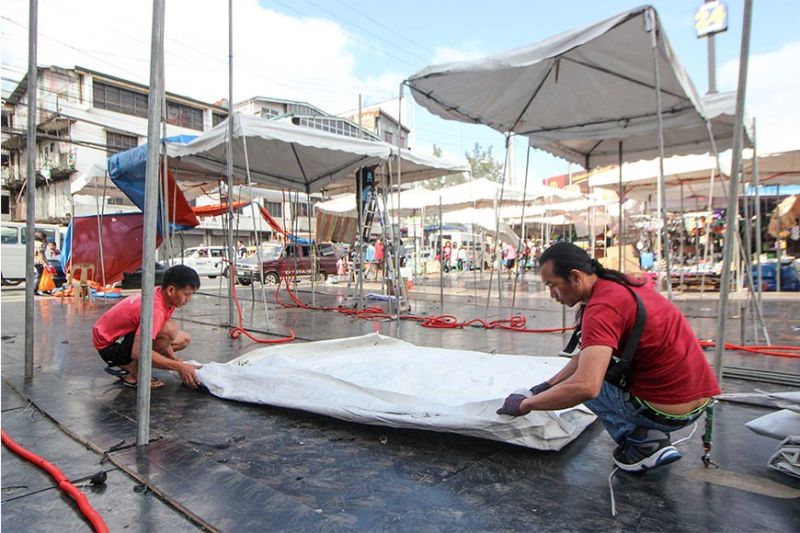 BENGUET. Less than a month since they began operating on December 20, 2019, tenants at the trade fair in Km. 5 in La Trinidad voluntarily demolish their stalls on Wednesday, January 8, 2020. (Jean Nicole Cortes)

The move came after the closure order signed by Mayor Romeo Salda was implemented by municipal employees of La Trinidad Monday afternoon. January 6, 2020.

May Ann Salda, municipal administrator, said there was no resistance on the part of the respondents.

The closure order was implemented by the Business Permit and Licensing Office of the municipality, La Trinidad Municipal Police Station and personnel from the Office of the Mayor.

On December 18, the municipal engineer of the town said that the structure does not appear to be stable and may pose danger to the public.

It was also found out that the business operator did not secure a building permit and failed to explain in writing and under oath why her structure should not be demolished for lack of necessary business permit.

Under the closure order dated January 6, 2020, Chagwaten was advised to voluntarily demolish her commercial structure within five calendar days from receipt of the order.