3 more Bacolod escapees back in detention 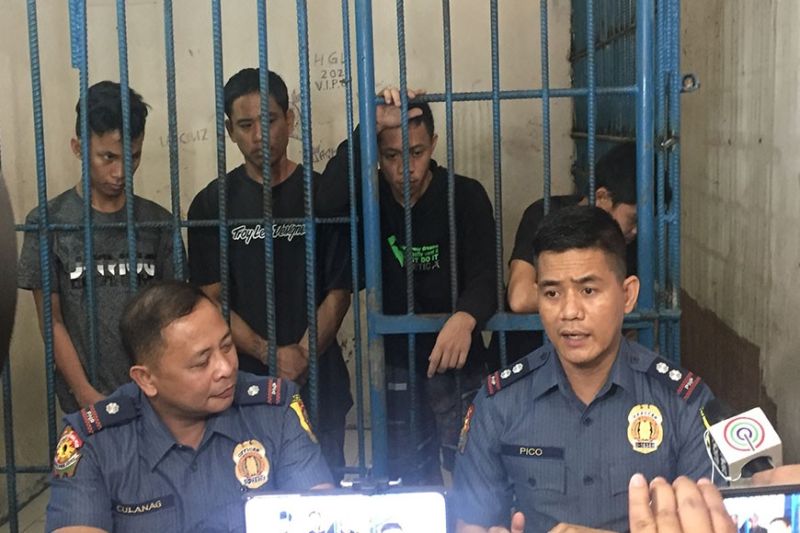 Police Lieutenant Colonel Ariel Pico, spokesperson of BCPO, said that Jeffrey Gelongos, 38, of Purok Riverside, Barangay Banago, turned himself in to the intelligence operatives of BCPO at about 4 a.m. Wednesday.

Their companion Ely Lawrence Sazon, 20, of Purok Mahimulaton, Barangay Banago, was the first who surrendered to Police Station 3 at about 5:30 p.m. Tuesday.

The four escapees sawed off the bar and escaped behind the jail facility at about 12:45 a.m. Monday and the incident was discovered by jail officer Police Staff Sergeant Eric Olverio and desk officer Police Corporal Orwayne Jade Nadado.

Capa, Sazon, and Penoso were earlier charged for violation of illegal drugs while Gelangos was charged for child abuse. All of them were arrested in December 2019.

Pico said Police Station 3 will file another charge against the four escapees for malicious mischief, but it’s up to the court examine the case.

He said Police Station 3 will follow-up the court commitment order to transfer them to the Bureau of Jail Management and Penology (BJMP).

“We’re thankful that they voluntarily surrendered and it’s a big help on their case because if they fail to surrender meaning they are guilty. So since they surrendered, they have the chance to defend themselves in court,” he added.

Pico said the four escapees refused to admit who started the plan to destroy the cell and escaped.

The escapees told the police that they found a small saw tool near the cell and used it in cutting one of the iron bars. It was Sazon who escaped first followed by Capa, Gelongos, and Penoso.

After they escaped, Pico said Sazon and Capa went to Barangay Banago while Penoloso and Gelangos traveled to San Enrique and Pontevedra, respectively.

He said the escapees were convinced by their families to voluntarily surrender for their own safety.

Gelangos admitted that they sawed the iron bar for a week and escaped to their families.

Gelangos said he escaped because he wanted to see his wife and four children.

Capa said it was not his intention to escape, but he was convinced by his three companions to go with them, while Sazon and Penoloso said they escaped because they also wanted to see their families.

For his part, Major Ruel Culanag, chief of Police Station 3, said he’s thankful to the BCPO personnel and police officials who helped them recapture the escapees as well as the help of the media.

He said they found out that one of the escapees made a pronouncement they will escape so all the policemen in Police Station 3 will be relieved and will stop their operation against illegal drugs.

“We are still conducting an investigation against the suspect,” he said.

Capa, Sazon and Penoloso were earlier arrested by operatives of Police Station 3 for violation of illegal drugs and seized more than P9 million worth of “shabu” or methamphetamine hydrochloride.

“We will not stop our operation against illegal drugs here. Whether they escaped or not, we will continue our operation. This is mandated in our higher command,” Culanag said.

He said in December, Gelongos also managed to escape while cleaning the comfort room. He was recaptured an hour after.

“It’s his second time to escape, and we will double now our effort and will improve our jail facility to secure our detainees,” he added.

Culanag already required Olverio and Nadado, who were earlier charged for infidelity in the custody of prisoner, to submit their explanation.

Culanag said closed-circuit television (CCTV) camera footages showed that the jailer and desk officer were not around when the escapees sawed off the iron bar and escaped.

Culanag was earlier given two weeks ultimatum to recapture the four escapees.

Colonel Henry Binas, director of BCPO, earlier said he already directed the Investigation and Detection Management Unit (IDMU) to conduct a probe against all the Police Station 3 personnel including its alert team, investigators, station commander and deputy commander Lieutenant Vergel Valdepena, who was the supervisor on Sunday evening.

Valdepena, who will be charged administratively, was also relieved on Monday and was reassigned to BCPO Headquarters.

Biñas said Olverio, who is set to retire from the PNP service, and Nadado will be charged administratively.