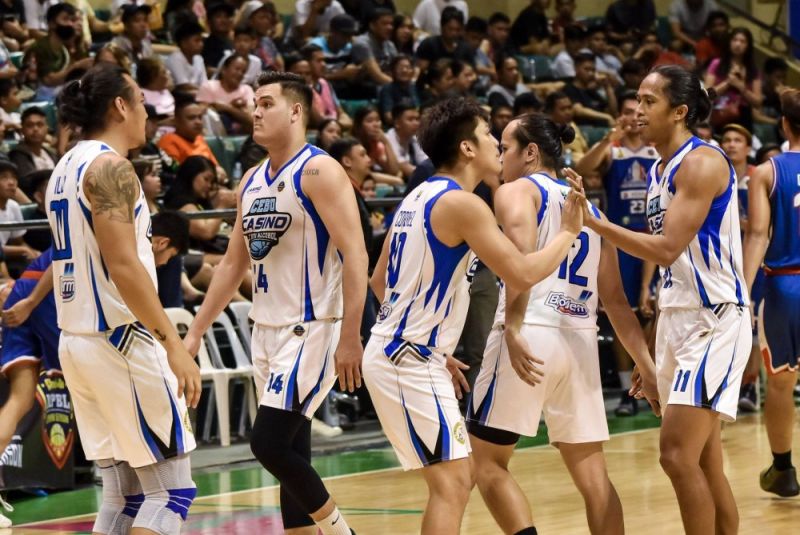 MANILA. Cebu has now won two in a row to improve its chances of making it to the playoffs. (MPBL)

THE Cebu-Casino Ethyl Alcohol continued its resurgence as it dumped the Quezon City Capitals, 95-89, in the 2019-20 Chooks-to-Go MPBL Lakan Season at the Cuneta Astrodome on Wednesday, Jan. 8, 2020.

The win boosted Cebu’s win-loss record to 11-12, good for ninth place in the South Division, right behind the Bicol-LCC Stores, which holds the eighth spot and the final playoff ticket at 13-12.

Cebu found its stride right on time as it uncorked an 11-4 run right when Quezon City pulled to within six to bring its lead to 13, 93-80, with just 2:16 to go. Rhaffy Octobre’s mid-range jumper and three-pointer proved to be the deathblows to the hard fighting Capitals squad.

“I told the players during halftime not to get complacent. It was a good thing that we managed to recover just when they were chasing us in the fourth quarter,” Sharks head coach Noynoy Falcasantos said.

Joco Tayongtong uncorked 23 points, including 10 freebies for Quezon City, Dahrrel Caranguian tallied 16 markers, while Mark Olayon and Clark Derige combined for 27. The Capitals slid to 11th place in the North division at 10-16. (JNP)