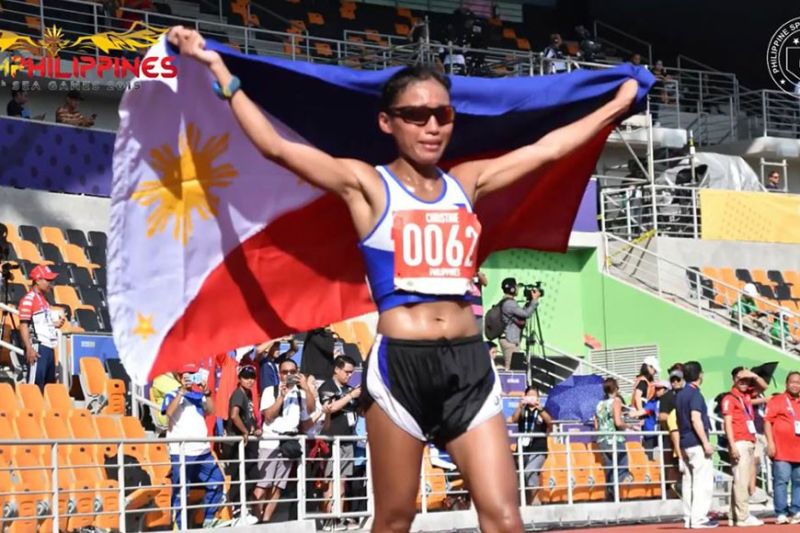 BUKIDNON'S capital city of Malaybalay is set to formally honor its sporting heroine, Christine Organiza Hallasgo, in time of its annually-held celebration of the Kaamulan Festival from the second half of February to March 10, 2020.

The 30th SEA Games was successfully hosted by country in 2019 and came out as the overall champion.

"Definitely, Christine Hallasgo will be feted in the very special occasion of Bukidnon starting in February. A queen as she is, she's been treated as one during our celebration of the Kaamulan Festival," said Malaybalay City Councilor Erwin "Winky" Damasco.

Hallasgo was among the individual SEA Games gold winners who were awarded P850,000 in cash each by President Rodrigo Duterte during their appearance in Malacañang last December 2019.

"I don't know yet the amount that she will be receiving, but certainly, there's special one being prepared as recognition for Hallasgo's heroics in the biennial meet. She's the biggest star so far in the field of sports that comes out of Malaybalay City," Damasco told SunStar Cagayan de Oro.

From the steepest mountains of Bukidnon, the diminutive Hallasgo went on to debut with a plomb in the SEA Games marathon that installed fellow Filipina Tabal as the hands-down pick to rule the long distance race anew.

But fate destined Hallasgo to steal the show in her first ever SEA Games showing.

Aided by their foreign rivals' collapse in the last 400 meters distance, Hallasgo clocked two hours, 56 minutes and 56 seconds, to arrive first ahead of Tabal (2:58.49) in the lung-busting race held in the village of Capas, Tarlac on December 6, 2019.

(There's no reason she will not succeed as she used to hurdle every day the steepest mountains in Bukidnon's capital city -- uphill and downhill -- as her family has been living there since she was a child.)