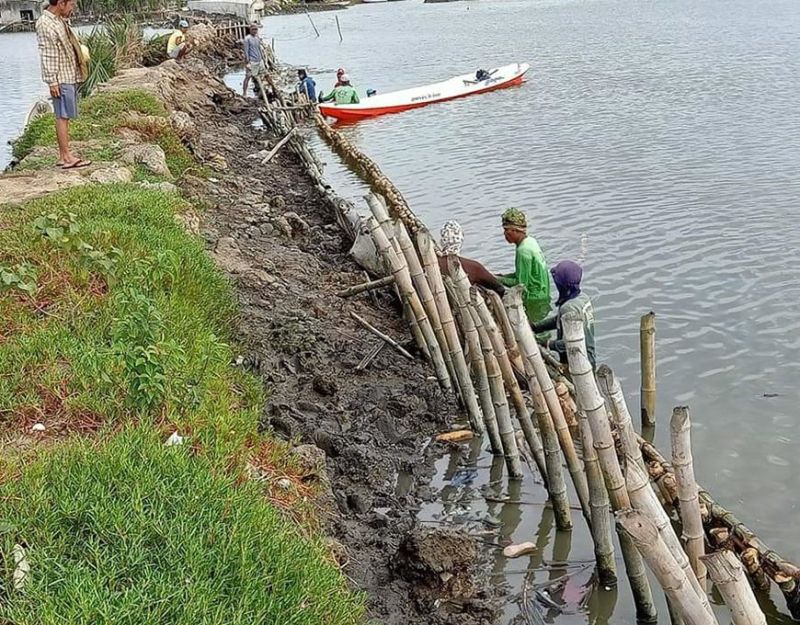 PAMPANGA. Coastal residents volunteer as workers for the reconstruction of a spur dike in Masantol town that is intended to spare the communities at the left bank portion of the Pampanga River from year-round flooding. (Contributed photo)

THE dream of Masantol coastal residents of reconstructing the protective dike is coming into reality, as Fourth District Representative Juan Pablo Bondoc joined the community's call for "bayanihan."

Councilor Marcelo Lacap Jr., also a resident of Barangay Sagrada, bared this as he expressed gratitude to the lawmaker for his generosity.

Lacap said Bondoc donated P200,000 out of his personal pocket to add up to the funds contributed by residents and concerned individuals and organizations.

Volunteers from the community have been going house-to-house, as well as in social media, to raise money for the reconstruction of the said infrastructure that is vital in protecting the communities from flooding.

Bondoc's donated funds will be different from the P10 million he initially pledged to source for the completion of the project, Lacap said.

In November 2019, Lacap said the coastal folks plan to reconstruct the 840-meter spur dike, known to locals as Victory, which is supposed to protect six villages located at the left bank portion of the Pampanga River from flooding caused by high tide and heavy rains.

This came after the Philippine Atmospheric, Geophysical and Astronomical Services Administration reported that the level of water in the dams will remain low even after the rainy season, thus the probability of flooding in the next rainy season is also expected to be low.

At present, Lacap said about 100 meters of the heavily deteriorated infrastructure was already sheet-piled and sandbagged by volunteer-workers.