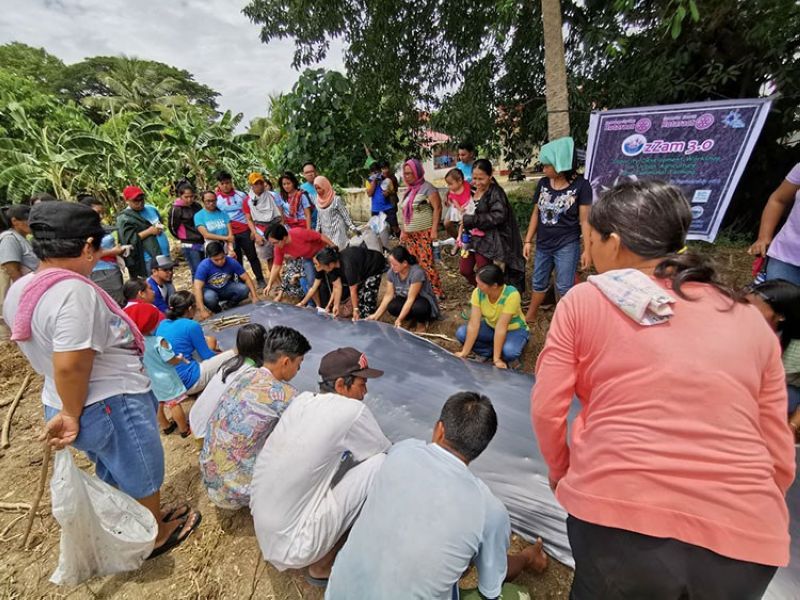 ZAMBOANGA. The team put up the Plastic Mulch to start planting. (Contributed photo) 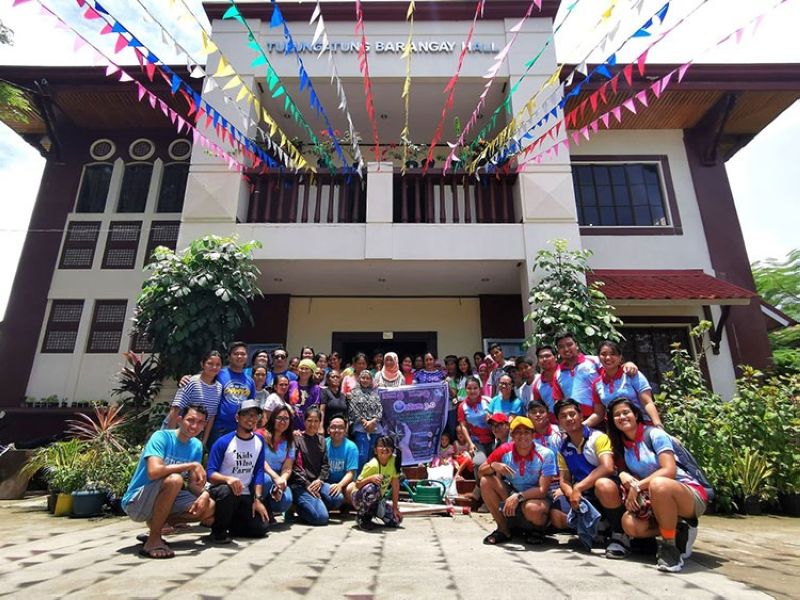 ZAMBOANGA. Members of the Rac Zamboanga City West and Rac Ozamiz North, Kids who Farm, together with the Women and IP Leaders in Barangay Tulungatung. (Contributed photo) 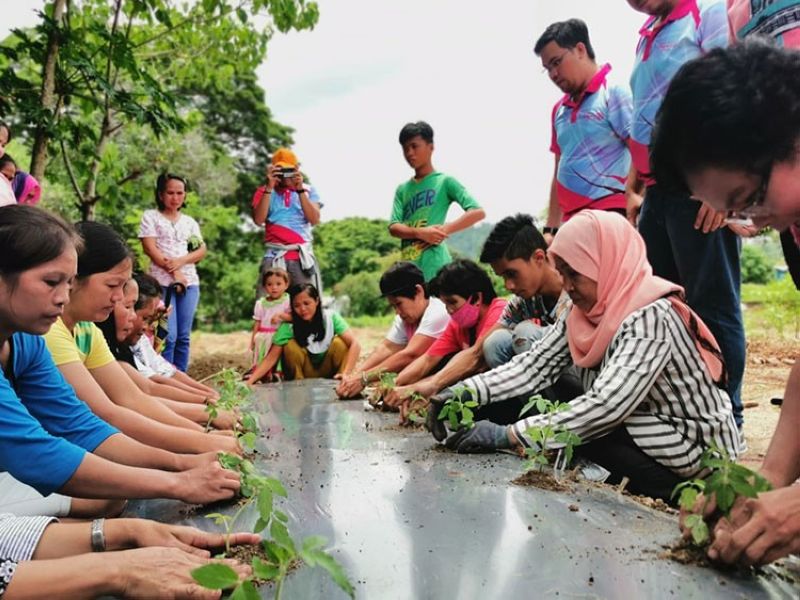 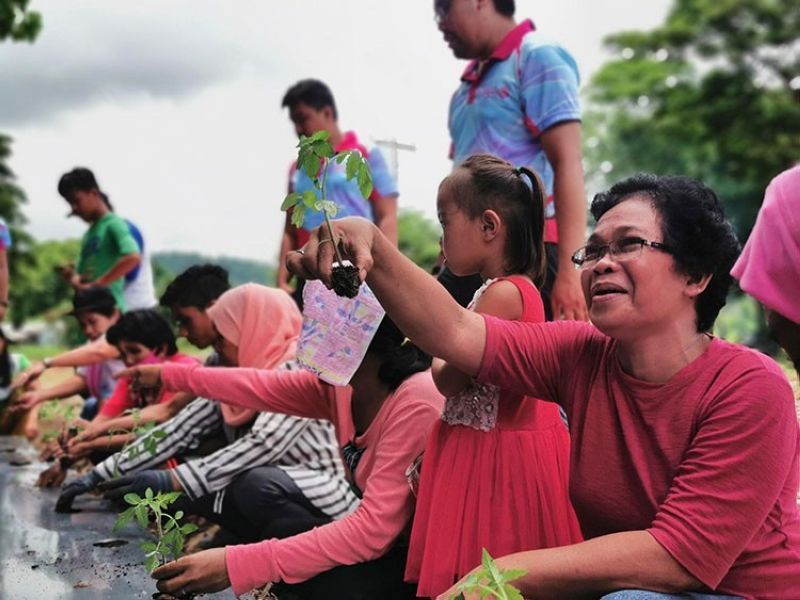 AS OUR environment falls prey to the many seasons of change brought by human activities, it is made urgent that cooperation and unity are important factors to combat the challenges that have been brought before us. While most of society turn a blind eye to the victims, there are still people who prove to us that we can spark a light with one heart and one purpose.

More than the services being offered, fellowship remains intact to these two vibrant clubs -- the Rotaract Club of Ozamiz North and the Rotaract

Together with Kids Who Farm (KWF) organization, Rotary Club of Zamboanga City West and Rotary Club of Ozamiz North, the two clubs simply showed that lending a hand coupled with camaraderie can result in a meaningful and useful Friendship Projects, which is now on its Year 3.

"Capacity Development Workshop on Urban Agriculture and Communal Farming." This ambitious project made its inaugural last September 1, 2019. It sought to bring the seminar on basic steps in setting up an urban container and communal farm to the residents of Barangay Tulungatung in Zamboanga City.

To recall, it was six years ago when Zamboanga City suffered from the 2013 siege, which drove most families of affected barangays to a safer and farther environment. Barangay Tulungatung is home to 500 residents who were originally from coastal areas and rely on the seas for their livelihood.

This greatly challenged them economically since the area is upland agricultural and is far from their main source of income before.

With this, the project provides a system of food security or capacity development and technical assistance on urban agricultural and communal farming to help households maximize their agricultural area for food production. It has greatly impacted the stakeholders as the Indigenous People's Organization of Tulungatung, headed by the IPMR Kagawad Gemma Bahani, and the Barangay Council of Tulungatung are the focal recipients and the drivers of the agricultural state of the barangay.

The Friendship Project was a feat and has greatly helped food security among small and large families of the area. It has greatly educated them more on how to make the most out of the resources around. Thanks to their new partners, Kids Who Farm, a local pro-environment organization that focuses on the youth. It helped instruct 40 mothers and the children of the locale to the works of urban farming and how it ought to be done.

Successful as it was, the goals were not something to be achieved overnight. OzZam Project has made a clear stand that when they would deliver out an activity, they must ensure that no goal must be left unchecked. When they came back three months after the Friendship Project first started, it continued to look into progress and how their work has helped shape the state of life around the area.

With their plants bearing fruit already, a secured food system of over 100 families and early education about Food Waste, Production and Disposal have made impact to the community.

There has been living evidence that the Rotaractors coming from these clubs have not only mastered the art of volunteerism and resourcefulness, but they have greatly use their friendship and their passion of service to help out those who have needed it the most. And we can always say, that OzZam will continue to put forth this type of compassion and they will never stop to bring out the best future for the people that have been deprived of it. This is their Champion Project, an honor to friendship and volunteerism around the world as they never fail to bring out the message that one selfless act can spark another. (PR)