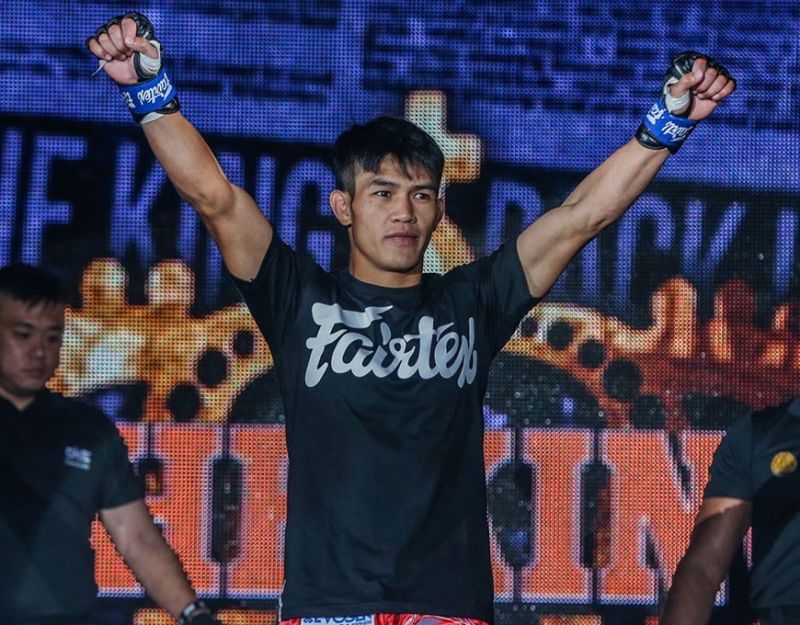 BAGUIO. Having a banner year in 2019 despite a three round loss against Demetrious Johnson, Danny Kingad’s goal this 2020 is to win every match in order to become worthy of a world title challenge soon. (ONE photo)

Kingad scored a brilliant unanimous decision victory over Tatsumitsu Wada in January last year which earned him a spot in the loaded ONE Flyweight World Grand Prix and in March, defeated Pancrase flyweight world champion Senzo Ikeda in the quarterfinals via unanimous decision.

In the semis, Kingad squeaked a split decision against former ONE world title challenger Reece McLaren and faced Johnson in the ONE Flyweight World Grand Prix Championship Final in October.

Despite not having the veteran expertise and the dazzling resumé of the modern-day legend, the Filipino valiantly went the distance with him. It was a thrilling battle, but the judges unanimously awarded the victory – and the silver belt – to the American.

“The experience was very exciting, and I was really happy because I was given a chance to be a part of it. What made it extra special was that I got all the way to the finals. But unfortunately, I wasn’t able to take home the top prize,” Kingad said.

A former flyweight title contender, Kingad said he enjoyed and learned a lot for his experience against Johnson where both fighters exchanged some pleasantries after the bout.

“We congratulated each other for going the distance, and he thanked me for bringing everything I had in the finals. He told me I will have a chance to be a world champion in the future. He also complimented me on being one of the toughest warriors he has had to face,” Kingad added.

Kingad returns to the ONE cage squaring off against China’s Xie Wei in main card of “Fire & Fury” top billed by fellow Team Lakay Joshua Pacio defending his world strawweight title against Alex Silva at the Mall of Asia Arena.

“With everything that I learned about myself in 2019, the next year will be a chance for me to show how much I’ve grown. My personal goal is to win every match in order to become worthy of a world title challenge soon,” Kingad quipped.