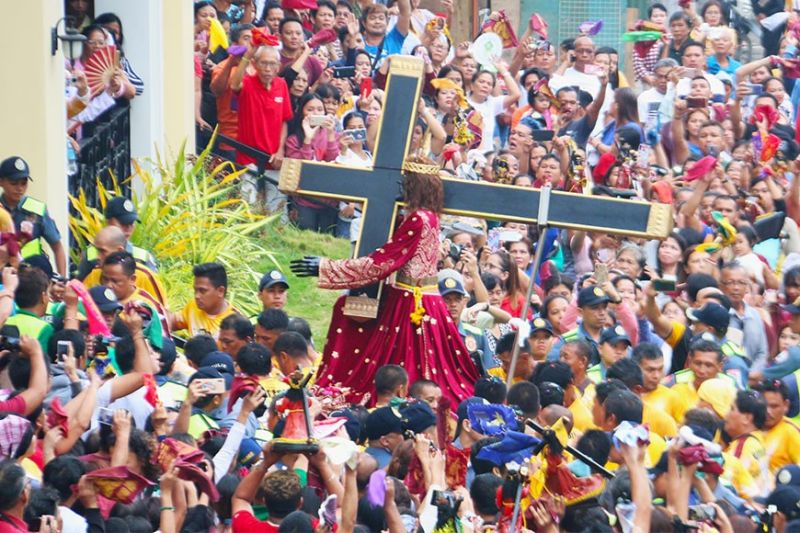 AROUND 250,000 devotees joined the procession of the Black Nazarene in Cagayan de Oro City despite light downpour on Thursday, January 9, 2020, police said.

Authorities said the figure was somehow the same as that of the procession in 2019.

Lieutenant Colonel Mardy Hortillosa, spokesperson of the Police Regional Office (PRO)-Northern Mindanao, said they could not determine yet if the lifting of martial law in Mindanao has contributed to the increase.

(We cannot say if the martial law was a factor in the increase of the number of devotees. We'll only know if the number increases also in 2021.)

The night before the procession, the replica of the Black Nazarene was transferred from Nazareno Church to St. Augustine Cathedral around 8 p.m.

Security was tight during the vigil until the Black Nazarene arrived back at the Nazareno Parish.

Cagayan de Oro Police Office (Cocpo) Chief Colonel Henry Dampal said the whole religious activity was generally peaceful and there were no reports of untoward incidents from January 8 to 9.

About 1,000 police personnel were deployed, while 600 barangay tanods were also sent to the streets to help secure the Traslacion route.

(We're happy because the goal was met. We're thankful that the devotees were very cooperative, especially in following certain prohibitions during the event. Maybe because this is a yearly activity so their level of cooperation and awareness is also high.)

According to IMT, two devotees reportedly fainted but were immediately attended to by emergency personnel who were on standby along the route.