Poll: World skeptical Trump will do right in global affairs 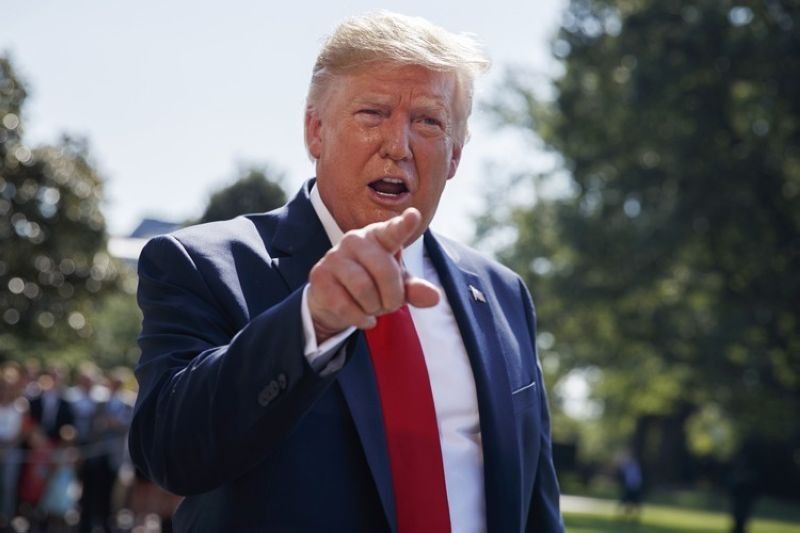 WASHINGTON — The world is still skeptical that after nearly three years in office President Donald Trump will do the right thing on foreign affairs, according to Pew Research Center polling released Wednesday, January 8, 2020.

The poll was conducted well before Trump signed off on a United States (US) drone strike that killed Iranian General Qassem Soleimani last week. The strike has pushed tensions between America and its longtime Middle Eastern nemesis to high alert and led to Tehran launching ballistic missiles at two Iraqi military bases that house American troops.

Majorities of people in many of the 33 nations surveyed by the nonpartisan research center disapprove of a number of the policies that Trump talks about most often, including slapping tariffs on imported goods as a way to gain leverage in trade disputes, withdrawing from international climate change agreements, building a wall on the US-Mexico border and putting tougher restrictions on immigration to the US.

Similarly, across the 33 countries, more people disapprove than approve of Trump's decision to have the US be the only world power to back out of a nuclear agreement with Iran.

A brighter spot for Trump, however, is the direct negotiations he has had with North Korean leader Kim Jong Un. That effort garnered the most support, though not a majority in most countries surveyed.

Trump and Kim have held three rounds of talks about denuclearizing the Korean Peninsula, most recently last year at the Demilitarized Zone separating North Korea and South Korea.

Sentiment against Trump is common across Western Europe, where roughly 75 percent or more of people in Germany, Sweden, France, Spain and the Netherlands lack confidence in the US leader.

That feeling runs even deeper in Mexico, where 89 percent have no confidence in Trump, who has made Mexicans the target of his barbs and anti-immigration policies like the border wall.

But the world isn't entirely against Trump.

Majorities in Israel, the Philippines, Kenya, Nigeria and India have confidence that the businessman-turned-president will do the right thing on the world stage.

Five leaders were rated in the poll, with Trump receiving the most negative views. Low shares expressed confidence in Russia's Vladimir Putin and China's Xi Jinping as well.

Confidence in Germany's Angela Merkel was the highest among the leaders. Views of France’s Emmanuel Macron were slightly more positive than negative.

Trump, a Republican, treats his relatively low approval on the world stage like a badge of honor. He told supporters during a December campaign rally in Battle Creek, Michigan, that Germany and France like his predecessor, Barack Obama, a Democrat, more than they like him.

Trump noted that he had taxed imports of French alcoholic beverages to retaliate over a tax that France has imposed on major tech companies, including some based in the US.

“If I ever become more popular that means I'm not doing my job,” he said.

The survey of nearly 37,000 people in the 33 countries was conducted from May 18 to October 2, 2019, based on telephone and face-to-face interviews.

In an earlier version of the survey, which was released several months after Trump took office in January 2017, less than 30 percent of respondents expressed confidence in the president’s ability to do the right thing on international affairs. (AP)