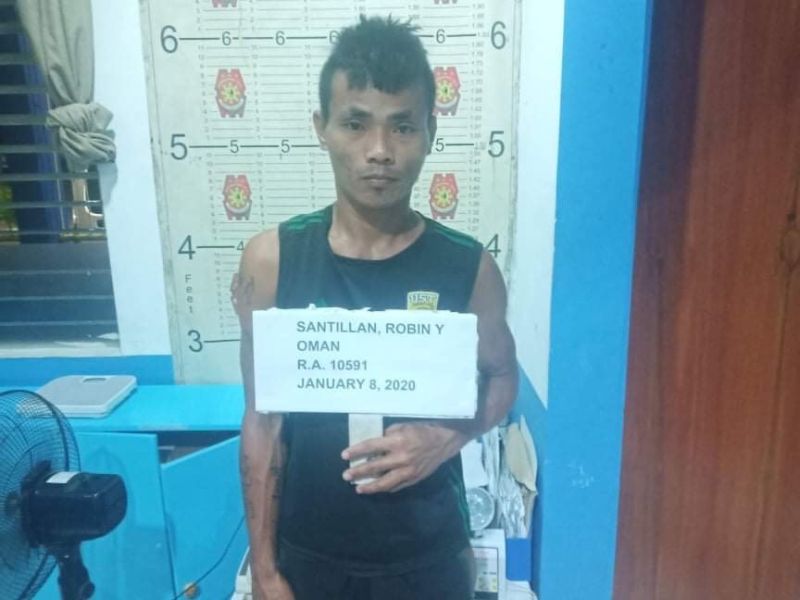 A MAN was arrested on Wednesday afternoon, January 8, by operatives of Police Station 2 for illegal possession of firearms on Reclamation Area, Barangay 2, Bacolod City.

Police Lieutenant Colonel Ariel Pico, spokesperson of the Bacolod City Police Office (BCPO), said on Wednesday a concerned citizen informed the personnel of Police Station 2 that an unidentified man was seen along Reclamation Area carrying batteries that were allegedly stolen from the Bredco Port.

When the operatives arrived, Pico said the suspect tried to escape but his firearm fell on the ground and he was cornered by the police.

The suspect is detained at the custodial facility of Police Station 2 and is facing charges.

Meanwhile, a high-value target in Barangay Granada, Bacolod City was arrested on Wednesday evening in a drug bust operation by operatives of Police Station 5 at Purok 2 of the said village.

Pico said Jimena was arrested after he sold a sachet of shabu to a police undercover at about 6:40 p.m.

Recovered from Jimena's possession were five sachets of shabu with estimated market value of P11,000, the P300 marked money and cellular phone.

The BCPO official said Jimena was identified as a high-value target in Barangay Granada and was under surveillance for almost a month before his arrest.

The suspect is detained at the custodial facility of Police Station 5 and facing charges for violation of Republic Act 9165 or the Comprehensive Dangerous Drugs Act of 2002.