PNP official to be probed over 'snatching' of reporter’s phone 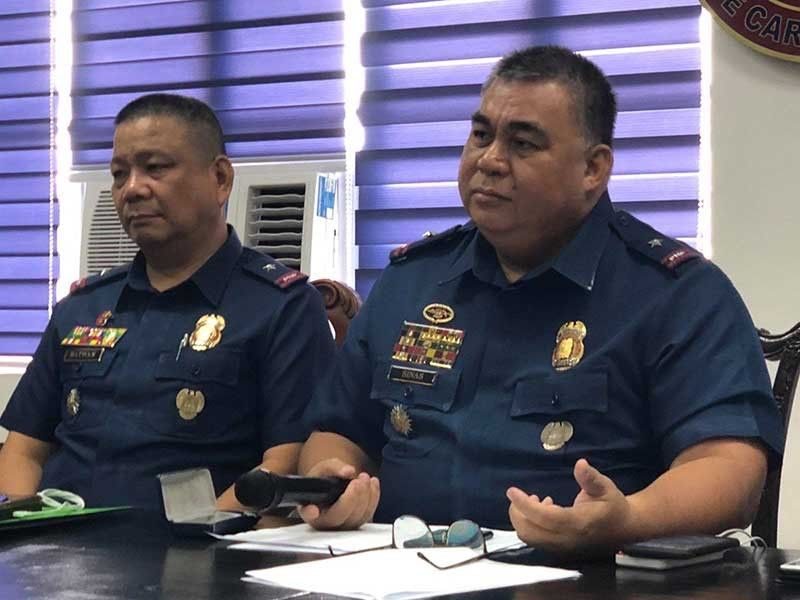 PHILIPPINE National Police (PNP) officer-in-charge Lieutenant General Archie Gamboa ensured on Friday, January 10, 2020 the conduct of investigation against the police official who snatched the cellular phone of a journalist who was covering the Traslacion of the Black Nazarene on Thursday, January 9.

“If there is a need to investigate, then we will investigate. But we are still leaving everything to NCRPO (National Capital Region Police Office). Within the powers naman ni NCRPO to take the appropriate disciplinary measures at kung ano ang dapat gawin, and then he will recommend to me kung ano din ang mga dapat gawin... Even the secretary of the Interior and local government assured the public of that investigation,” he added.

In a Facebook post, GMA reporter Jun Veneracion narrated that while taking videos of the commotion between the police and the devotees who were insisting to the near the image of the Black Nazarene during its procession along the Ayala Bridge, a policeman snatched his phone and “he quickly moved away from the scene.”

Veneracion said he was then accosted by another policeman preventing him to go after the cop who snatched his phone.

He said he did not recognized the face of the policeman who snatched his phone nor was he able to get his last name from his badge, but he remembered that he has a “star” on his shoulders which indicates that he was a police official.

Veneracion said he was then approached by a group of photo journalists and pointed to him the police official who got his phone. It was Bathan, the director of the NCRPO’s Southern Police District.

He said he then confronted Bathan and asked him why he got his phone.

“He was fuming mad, even threatening to confiscate my hand-held radio. Told him: ‘lalayo muna ako kasi masyado kang mainit, sir’,” Veneracion said in his post.

“Minutes later, I came up to him to ask for my phone. 'Pasensya ka na, Jun, hindi kita nakilala,' he said. Then, he handed back the cellphone,” he added.

Veneracion said he found out after checking his phone that the video he took before it was taken had already been deleted.

He said he then asked Bathan why he deleted the video then he responded: “Wala akong binura dyan. Saksi ko pa ang Itim na Nazareno.”

Veneracion was able to retrieve the video, which he also posted on social media, in the “recently deleted” album.

“Apparently, someone forgot to switch off the record button... At the tail end of the recording, a voice can be heard: a man giving an instruction to someone. ‘Burahin mo, burahin mo kuha ni Jun Veneracion. Pu#!#! ina nagku-kwan eh’,” he said.

To his defense, Bathan said in an interview with reporters on Thursday he did not recognize Veneracion.

He, however, issued an apology to Veneracion in another interview on Friday.

“I would like to apologize for what happened at Ayala Bridge, Manila during the Procession of the Black Nazarene 2020 wherein I confiscated the cellular phone of the media personality who was later on identified as Mr. Jun Veneracion of GMA 7 thinking that he was someone who poses threat during the procession,” said Bathan.

“Also, there was a commotion between the police officers and a hapless Black Nazarene devotee during the time Mr. Veneracion was at the said place and everything went uncontrollable when the PNP let go of the ANDAS to all the people especially the devotees to get near to it. Of course, on the part of the PNP, we still have to maintain the security in the area because the situation is very critical at that moment. What happened between me and Mr. Veneracion was somehow a misunderstanding, and I again sincerely apologized for my actions. It all happened unintentionally. We are just securing peace and order in the area,” he added.

Sinas said there is no need from Bathan to be relieved from post as investigation is already being conducted by the Regional Internal Affairs Service.

During the conduct of the annual procession of the Black Nazarene on Thursday, the police has made adjustments in its security measure to ensure the peace and order of the religious event in which some of the devotees find it unfavorable to them as they were not able to practice they annual tradition particularly to get near and kiss the image during the procession.

Many of the devotees were irked and were complaining how the policemen conducted their security operation as some of them were being hit, sustained injuries and are being accosted.

Sinas said at least 59 devotees were charged for violating municipality ordinances amid the conduct of the Traslacion.

He said they are still hunting the people who damaged a police mobile during the religious event.

Gamboa said the policemen were ordered to implement maximum tolerance.