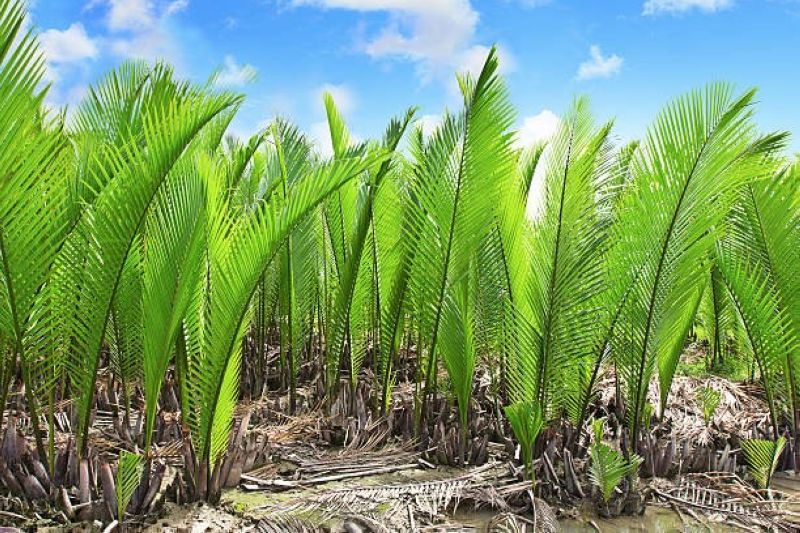 A DAVAO-BASED non-government organization (NGO) is studying ways to harness the potential of nipa palm-based fuel alternative in Davao City.

Foundation for Rural Enterprises & Ecology Development of Mindanao Inc. (Freedom) executive director Antonio Peralta said the group is currently preparing proposals to further study the potentials of nipa palm (Nypa fruticans) as a biofuel because of its high burn rate.

Burn rate refers to how long a fuel sustains a fire or combustion.

"When you convert that [nipa palm] to bioethanol, meron yang sinasabi natin na burn rate to convert it to energy. The highest of all is Nipa," he said in a press conference Wednesday, January 8.

He said with the abundance of nipa plant especially in coastal areas and its low maintenance, it could be considered a sustainable source of alternative fuel, especially for the automotive industry.

"We have so much nipa stands in this country. The Philippines accounts for the third largest in the world for nipa stands. Since time immemorial, these nipa stands have been there," Peralta said.

"As long as we are able to produce fuel that can be used by our automotive sector, our transport systems, and if they can increase the percentage [of biofuel] from 10 percent to 30 percent, that will have an impact on their fuel cost. Mubarato na," he added.

He is also seeing a livelihood opportunities for the poor communities living in the coastal areas where the plant grows.

Nipa is mostly seen beside mangroves.

"The poorest areas in the Philippines are located in the coastal communities. Perhaps, this could be game-changer for communities that are poor and that have a substantial amount of nipa," he said.

He said they are working closely with the Bureau of Agricultural Research of the Department of Agriculture for the study and targets to finish it after a year.