Overcoming odds to reach the top 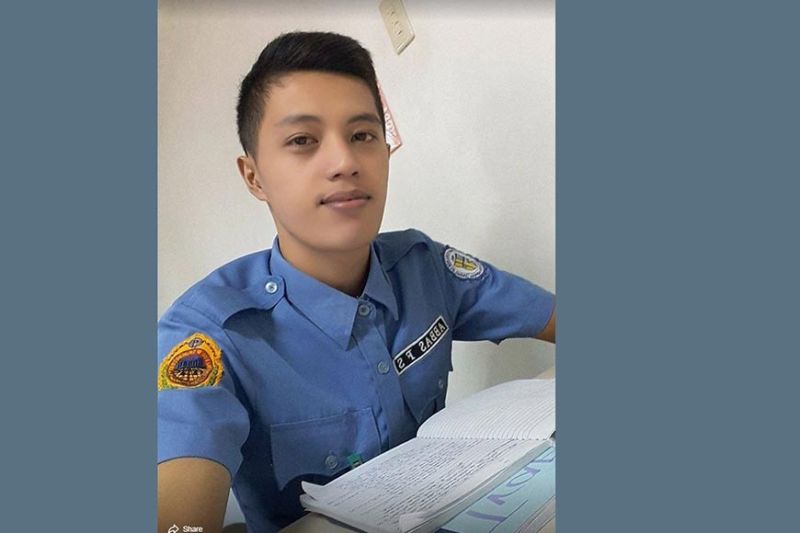 WHEN he landed the top spot in the recent Criminology Licensure Exams, Fahadale Abbas wants to tell the good news to his grandmother who raised him since he was still a child.

But, he can't. He realized his grandmother was long gone.

"I am very happy with my recent achievement because I worked hard for this, but a part of me is sad because I cannot personally share this news to my Lola. I wanted to give back and pamper her after all what she sacrificed for me but it's too late, she's now in heaven," he shared.

He said he wants to bring his grandma to Mecca in Saudi Arabia during the annual Hajj (pilgrimage). Knowing his grandma is now proud of the person he has become, Abbas said the best he can do is live up to the values his lola taught him.

The 22-year-old topnotcher from Barangay Gumitan, Marilog District, Davao City also shares his success to his family and relatives who supported him.

Abbas is sixth of seven children of parents who are both into farming.

When he knew he passed and even topped the exams, he became emotional as he realized that his hardships and family's sacrifices at last paid off.

Before he became a scholar of Educational Benefit System Unit Scholarship on Tertiary Education Program (EBSU-Step), Abbas had a fair share of difficulties especially in attending school as his family lives in poverty.

"Nakasulay ko eskwela nga walay baon, walay tsinelas ug magtiniil ra padulong eskwelahan nga usa ka kilometro kalayo. Akong mga baon sa una kay saging ug kamote. Naay panahon na two times a day lang mi magkaon. Tungod ani na kaagi nako naningkamot gyud ko na mahaw-as mi sa kalisod maong nagtarong ko eskwela (When I was still in kindergarten and elementary, I experienced going to school without allowance, I even went to school barefoot. I endured walking barefoot to our school that is one kilometer away from our house. Sometimes, I bring banana and cassava in school so I can have something to eat. There were times when our family can only afford to eat two times a day. This experience inspired me to study harder and lift our family from poverty)," he said.

But he is still very thankful especially to his parents who pushed him to get a degree.

"I know my parents went through a tough time just to send us to school. I am very grateful because despite all the trials they made sure that we get the education we deserve. I also would want to thank my relatives who supported us when we need them the most," he said.

"I hope all parents, families in this world will be supportive of their children, it will really make a difference," Abbas added.

He aimed to be a topnotcher but he didn't expect it after taking the exams on November 29 to December 1, 2019. He even apologized to his family in advance in case he won't make it.

Of course, he did not land first in the ranking easily. He went through a self-imposed strict review process. He even had to decline some of basketball game invitations from his teammates to focus on his review.

"When I wake up, I read, then take a short break then read again. I had to endure this reading-heavy schedule just to achieve my goal. I make sure no day will pass without me studying my reviewer," Abbas said.

But he underscored that even with his hectic schedule, he still managed to take breaks in between. For him, a break means playing basketball.

Before enrolling Bachelor of Science in Criminology in St. John Paul II College of Davao, Abbas was a graduate of a two-year course Associate of Computer Technology. But he didn't settle for this and later on pushed for his dream profession -- to be a policeman.

"I really wanted to be a policeman, even when I was still a young boy. I wanted to serve my country," Abbas shared.

He added he wants to be an investigator as he loves to solve crimes. In five to 10 years' time, he envisioned himself as a policeman in a higher position, maybe holding a police station, preferably within Mindanao.

For those in a similar situation, Abbas gave this advice: "You can do it. Find a way. Poverty will really hit as hard but focus on your goal. Aim high and keep that dream."