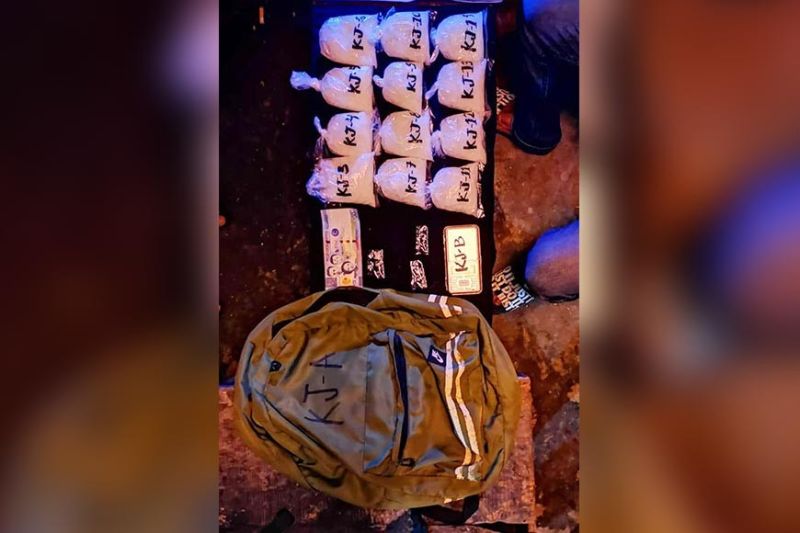 AN ESTIMATED P18 million worth of suspected “shabu” or methamphetamine hydrochloride was seized in a drug bust by operatives of Police Station 3 at Purok Gonzaga, Barangay Taculing, Bacolod City Friday morning, January 10.

The operation also led to the arrest of Kenneth Jacosalem, 27, of Barangay Taculing.

Police Major Ruel Culanag, chief of Police Station 3, said that during the operation, Jacosalem fled but left behind 15 knot tied plastic wrappers of suspected shabu with estimated market value of P18,075,000, the P1,000 marked money, backpack, and digital weighing scale at about 3:30 a.m.

“He escaped by jumping out of the window at the second floor of his house after he realized that he was transacting with an undercover policeman,” he said.

At about 5:45 a.m. the suspect returned to his house where he was arrested by the operatives, who were conducting a hot pursuit operation in Barangay Taculing.

Culanag said the suspect was having coffee inside his house and was cornered by the operatives.

Jacosalem was identified as high-value target in Bacolod and was under surveillance for almost four months before his arrest.

Culanag said Jacosalem was also identified as a member of a drug group in Bacolod and operating in the areas of villages 1, 2, Banago, and the area of Police Station 6.

“He was transacting with a big volume of shabu to his customers. He served as a distributor of illegal drugs here, and we are conducting further investigation on Jacosalem’s background including his group in Bacolod,” he said.

The suspect is detained at the custodial facility of Police Station 3 and facing charges for violation of Sections 5 and 11 of Republic Act 9165 or the Comprehensive Dangerous Drugs Act of 2002.

Vice Mayor El Cid Familiaran also lauded the accomplishment of Police Station 3 to address the illegal problem in the city.

“They have a good accomplishment, but the Bacolod City Police Office (BCPO) should also have their measures on how to stop the entry of illegal drugs in Bacolod. We have so many entry points here,” Familiaran said.

He said BCPO should intensify their monitoring in sea ports and bus terminals to prevent the entry of illegal drugs.