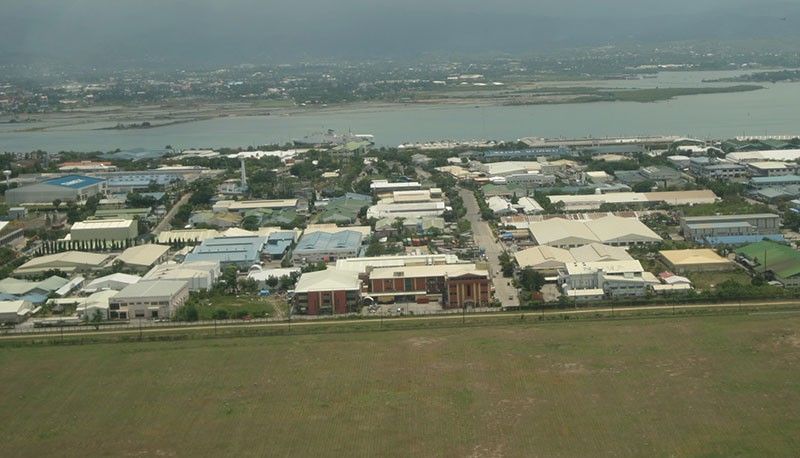 NOT only loss of income or opportunity but also the costs of relocation will be a concern if the 150 locators at the Mactan Export Zone (MEZ) 1 in Lapu-Lapu City are transferred to accommodate a second airport runway.

Relocation costs would reach at least US$2.3 billion which the firms would demand as compensation. An additional $4 billion would be for loss of revenue and expired inventory which the foreign investors said the Mactan-Cebu International Airport Authority (MCIAA) should shoulder.

These costs of relocation, and a call for clarification of the plan, were contained in a letter of the Mactan Export Processing Zone Chamber of Exporters and Manufacturers (MEPZCEM) and the Japanese Chamber of Commerce and Industry of Cebu (JCCI-CI) dated Dec. 13, 2019 and addressed to MCIAA general manger Steve Dicdican.

Dicdican, in an interview, said a compromise is being worked on and he hopes parties involved would cooperate.

“We have a meeting with the Philippine Economic Zone Authority, local government units and locators. That can only be done if everyone compromises. So far, all the stakeholders are in alignment that there is a need to grow the airport, there is a need to compromise. We just need to work on the details to ensure that the development is seamless without disrupting their operations,” Dicdican said.

The two business groups said in the letter that they are seeking clarification after SunStar Cebu reported on Sept. 19, 2019 that all 150 MEZ 1 locators would be relocated to a proposed reclamation area described as a “smart city.”

The letter said they are expressing “dismay” that the statement of their relocation was made “precipitously since the ‘smart city’ is still a proposed project and the second runway is reportedly still under consideration by the Neda (National Economic and Development Authority).”

“Admittedly, it will take 7 to 10 years to complete the said project after it has been approved by the proper government agencies and all bidders qualified,” the letter continued.

The relocation of MEZ 1 companies is part of the MCIAA’s 50-year master plan for the airport, which also includes the construction of a second runway. The locators will be moved to the proposed special economic zone that will be opened in a 300-hectare reclaimed area in Barangay Ibo to pave the way for the runway construction.

The letter, signed by Santhana Krishnan Vaidiswaran for MEPZCEM and Masahiro Kohsaka for JCCI-CI, said there is “an atmosphere of apprehension and disquiet” prevailing to the extent that expansion plans are on hold and plans to transfer to other Asian countries “are already on the table.”

If the relocation plan pushes through, it said, “We believe that it shall put in disarray not only the business plans of the MEZ 1 foreign investors but to a great extent the employment opportunities generated at MEZ 1 which currently stands at a total of 57,000 direct workers and 285,000 indirect laborers.” Payroll and benefits paid to the workers have reached P3.35 billion a year, for six MEZ 1 locators alone.

The letter also said that all the 150 affected locators “will definitely demand compensation” for relocation costs.

Figures from six significant MEZ 1 locators showed that relocation costs could reach a total of $2.3 billion or $2,308 million for building and facilities, buffer inventory and costs for raw material, transfer and insurance.

The amount came from only six companies who responded to the groups’ survey and “is just a drop in the bucket, if we are to consider the relocation costs for the 150 affected locators,” it said.

In addition, there would be the costs for the “risks of relocation” on a 12 to 60 months relocation period. The letter estimated this at $153 million for expired inventory and $3.868 billion for loss of revenue due to customers transferring to competitors, the said amounts to be shouldered by the MCIAA, the letter said.

It then asked that the MCIAA reconsider its decision and that the area of MEZ 1 be excluded from the second runway plan.

Meanwhile, the MEZ 1 relocation would also mean the Lapu-Lapu City Government will no longer get its two percent share from the five percent special income tax rate paid by the locators.

Mayor Junard Chan said, if these foreign investors leave, it would spell doom for the local economy. “Patay ta uy, economically,” Chan told SunStar Cebu. He said 30 to 40 percent of MEZ 1 workers are Lapu-Lapu City residents. He was concerned they could lose their jobs. / with FVQ