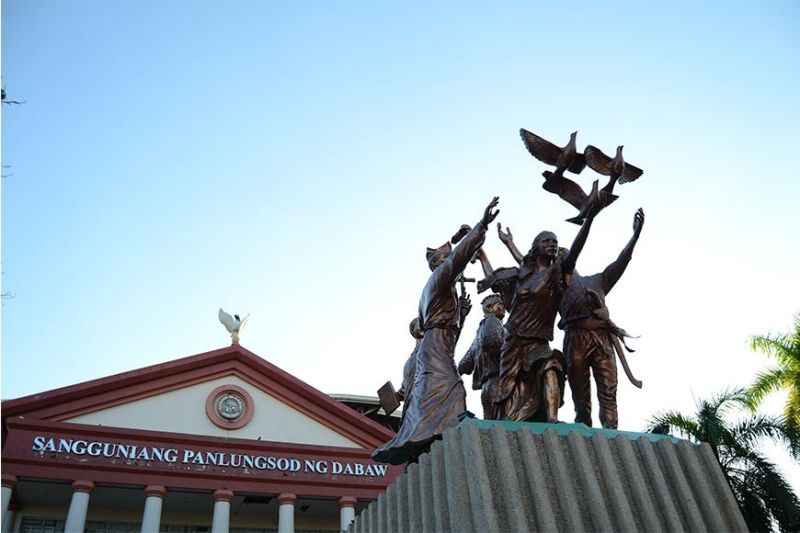 The Commemorative Monument of Peace and Unity fronting Sangguniang Panlungsod was made by Davao artist Kublai Millan. It depicts the unity of the Christians, Lumad, and the Muslims. (Reuel John F. Lumawag) 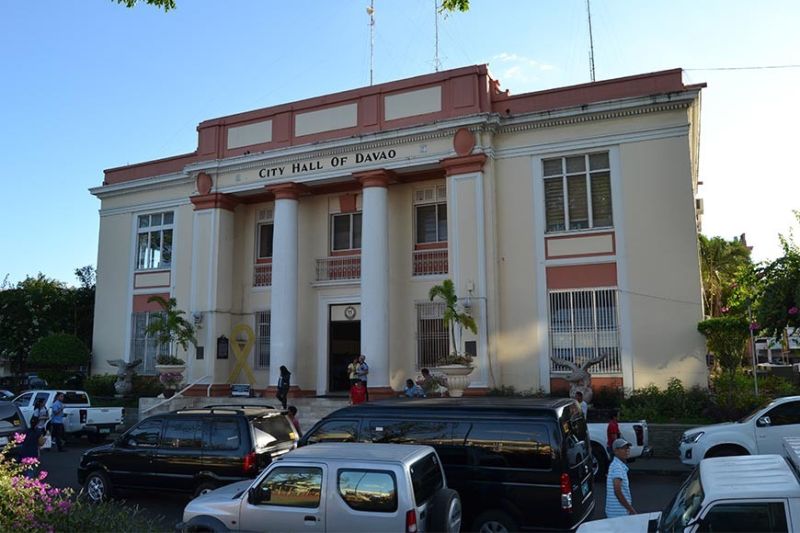 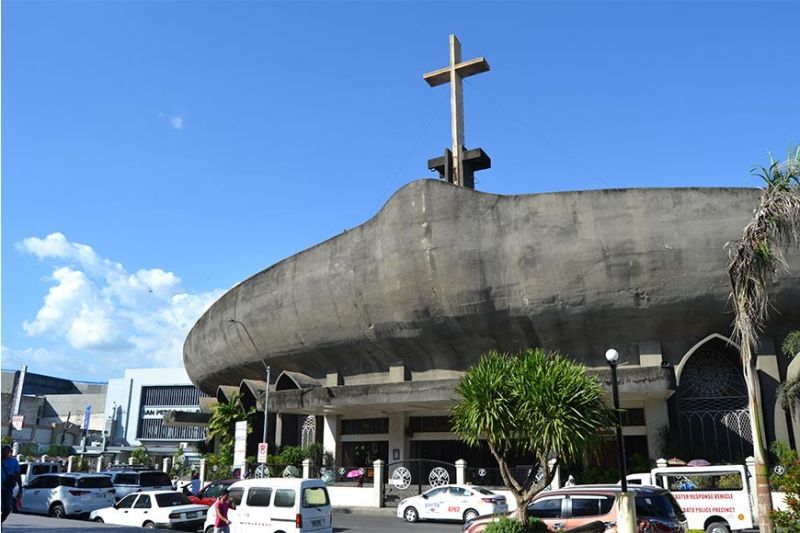 San Pedro Church is one of the vital landmarks of San Pedro St. having survived two bombings in 1981 and 1993. (Reuel John F. Lumawag)

IN the 1930s before the second World War, San Pedro Steet was Davao’s City población, the center of trade and commerce.

A lot of business establishments had been put up in the long stretch of the road to cater to the needs of the Dabawenyos. This is not to mention that the San Pedro church, the former Davao capitol (now the Sangguniang Panlungsod), and the City Hall is located here. It has been said that any colonial town is designed to have the seat of power, church, and a park sitting side by side each other. When Oyanguren defeated Datu Bago it was the feast day of San Pedro, thus the name of the church and the street.

In the 60s, San Pedro Street was also a witness to a massive fire that engulfed big portions of the street even reaching to Bolton Street. This fire changed the landscape, not only of San Pedro Street, but of Davao City. There are many more historical and pivotal things that happened in this stretch of a road that defined what Davao City is now. But more than the street and the establishments in it, the truest and the purest form of the history is from the people in San Pedro.

Last Tuesday, January 7, Meaningful Travels PH did the Heritage Walk Tour along the street. A small group consisting of a journalist, a church leader, entrepreneurs, a mom, and homeschooled boys, the Heritage Walk Tour promised the participants a unique tour experience. Meaningful Travels PH had done walking tours in some parts of Manila in the past. For example, they have recently conducted a walking tour in the Muslim area of Quiapo mainly to make people understand more the culture of Muslims and to lessen the negative stereotypes about them.

But the San Pedro Heritage Walk Tour is different and one of its kind. It is the first time being done in Davao City. Aside from the guides giving trivia of the historic sites to the participants, they are also given the chance to talk with the locals who first-handedly experienced the life in San Pedro St. The tour targets adventure, culture immersion, and social significance.

When one visits Osmeña Park, beside Sangguniang Panlungsod, one can easily notice the group of women in one corner of the park huddled together seated on colored monobloc chairs. They are the “manicurista” who had been in the park for more than 30 years now. Ate Jojo, in particular, had been in Osmeña Park cleaning strangers’ nails for 24 years now. Her only child graduated in college in 2014 just through her being a manikurista. Having been a widow while her son is still two years old, she raised him on her own.

In 2014, they were asked to vacate the park because the city government plans to improve and beautify the Osmeña Park. For three years, they did their manicure and pedicure services in the more open Rizal Park in front of the city hall. But they wanted to have a better, more decent space than this. And so together, the “manikuristas” of Osmeña Park climbed up the stairs of the city hall and talked to Mayor Sara Duterte-Carpio to air their sentiments. The mayor understood their concern and told them they can finally go back to the now improved and more maintained Osmeña Park.

Within the premises of San Pedro Church, there are a number of vendors allowed to sell Sto. Nino suits, colored candles for petition, rosaries, incense, and other religious items. Among them is Sonia Morial who had been selling religious items for 40 years now.

“I was a small kid playing around San Pedro St. when the Canadian PMEs manage San Pedro Church. Di kaayo mi close sa mga pari kay maulaw mi kay foreigner man,” shared Morial. PME stands in French for Pretres de Missions Etrangeres, or Fathers of the Foreign Mission Society. Morial recalled how as kids they would run around the free space fronting the city hall where a fountain used to be.

But as an adult, the bombings of the San Pedro Church in 1981 and in 1993 left a scar in her as an adult. The first bombing, she said, she was outside the church selling candles. When they heard of the first explosion, they all frantically ran to the streets not exactly knowing where they would go. They heard the next explosions a few minutes after. Fortunately, no one got died. Twelve years after, another bombing happened in the same church. There were hundreds of churchgoers listening to Father Dublan’s homily when the bomb exploded. More than 150 people were injured, a few others killed. For three days after that, the church was closed for the public. No vendors were selling by the church premises.

A 47-year-old Angging sells sliced fruits by the side of City Hall near the photography studios. She had been here when she was still a little girl with her mother. Together with three other women, they set up a clean space by the sidewalk under their colorful umbrellas. They sell green mangoes, papayas, and guavas dipped in vinegar, salt, and chili. Angging said she had been selling for probably 40 years now.

But when the City Government decided to clean the sidewalk and regulate vendors, Angging and her friends decided to talk to Mayor Sara Duterte-Carpio herself and air their side. She was very happy that the mayor was willing to talk to them. Agreeing on specific parameters like strictly selling sliced fruits, keeping the areas clean, and limiting the number of vendors in that specific portion of the street to only four of them, Mayor Sara allowed them the space.

More than anything, Angging said she is happy that the local government takes time to listen to their pleas and meets them halfway.

Whatever the current and improved façade of San Pedro Street now can be attributed to the people living in it. More than the people in power, the Dabawenyos who are actually living their everyday lives in San Pedro make the street and Davao City as a whole to what it is now. After all, history is not history if not for the perspective of the people who actually lived it.