LTFRB cracks down on vehicle owners for using ‘indriver’

FOUR private vehicle owners in Cebu were apprehended by the Land Transportation Franchising and Regulatory Board (LTFRB) 7 during the first week of January 2020 for using InDriver, an unaccredited transport network vehicle service (TNVS), or ride-hailing service.

InDriver was founded in Russia in 2012. It operates in more than 300 cities in 31 countries worldwide. However, it has no accreditation from the LTFRB to operate in the country, he said.

“They have been operating in other countries for some time now. Maybe they are being backed by someone here in the country. We are just wondering why in Cebu? They have no operations in Metro Manila,” Montealto said in Cebuano.

He said the Bureau of Internal Revenue doesn’t even know how InDriver makes money since it hasn’t asked its “partners” for anything yet.

He believes InDriver is slowly being introduced in Cebu.

“We do not know yet since they (apprehended private car owners) are tight-lipped about it. We have been looking for its office here in Cebu but we could not find one. What’s sure is that there are still other drivers who are using the app out there,” he said.

Montealto said they deployed confidential agents who posed as passengers and booked a ride with InDriver.

“One of the owners who came to the LTFRB 7 office confided that private car owners like him and taxi operators were enticed to join InDriver after a public official posted on his Facebook account that he drove his own car to get passengers as a sideline using the InDriver ride-hailing app,” Montealto said.

SunStar Cebu will not disclose the name of the public official until it gets his side on the matter.

Aside from blacklisting and impounding their vehicles for 90 days, private vehicle owners caught engaging in colorum operations will receive a penalty of between P120,000 and P200,000.

Montealto said owners can file a motion for early release, which the LTFRB can grant after 30 days and after the penalties are settled.

He said taxi operators and private car owners planning to engage in TNVS can acquire the list of accredited transport network companies at the LTFRB 7 office, where they will be provided with a list of requirements.

A vehicle that operates as a TNVS is considered a public utility vehicle and must have passenger insurance and a regulated operation schedule, he said.

As of now, the number of TNVS operating in Cebu already reached its cap of 1,500. Request for additional units has not yet been approved, Montealto said.

He advised the public to refrain from patronizing InDriver to avoid inconvenience. (WBS) 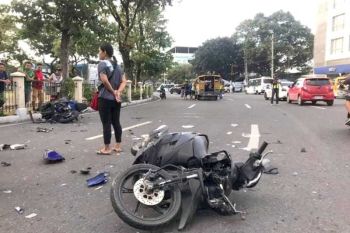