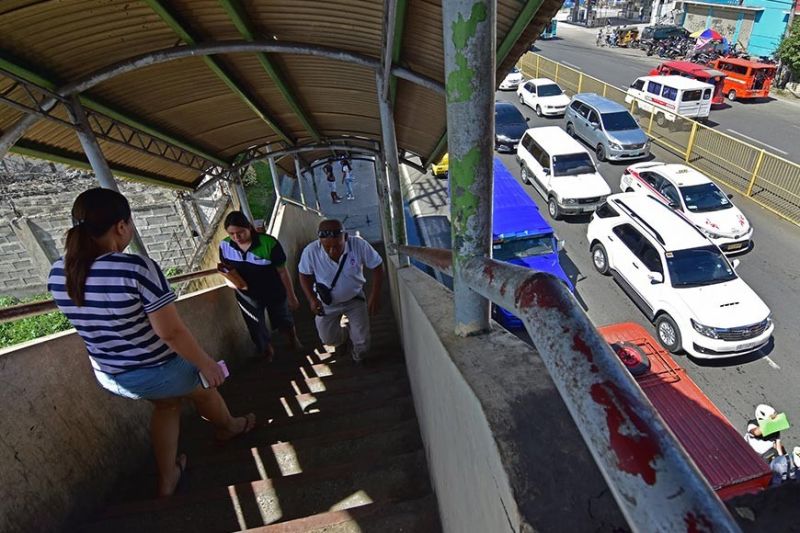 THE University of Mindanao-Matina Campus (UM-Matina) overpass is now passable to pedestrians after it was temporarily closed due to cracks discovered after the earthquake that struck the city in the last quarter of 2019.

The Department of Public Works and Highways-Davao Region (DPWH-Davao) on Monday, January 13, cut down the barricade tape at the overpass few months after it was closed.

DPWH-Davao officer-in-charge district engineer Richard A. Ragasa said the overpass was reopened to the public after the agency's structural engineers assessed that it is still passable.

Ragasa, however, said they have yet to repair the cracks that were discovered at the overpass, adding that they will also include the overpass in their maintenance.

"Kinausap ko na rin 'yung maintenance engineer natin. Kung meron pang available na pera, isama na rin ang pag-paint sa overpass (I already talked to our maintenance engineer. We will include it, including the painting of the overpass, once the funding is available)," Ragasa said.

The overpass is one of the infrastructures that sustained cracks during the series of earthquakes that struck the city during the last quarter of 2019.

Major cracks, however, were also found at the Center Point overpass in Barangay Matina Crossing.

Meanwhile, he said the UM-Matina overpass is a project of the city government with the City Engineer's Office (CEO) as the implementer. CEO-implemented overpass projects include the Center Point overpass, Victoria Plaza overpass along JP Laurel Avenue, and the Mabini National High School overpass in Bangkal.

Ragasa said existing overpass projects managed by DPWH are passable, and have not incurred major damage.

He also said they are proposing to put up an overpass along Ma-a Diversion Road.

Meanwhile, Ragasa said the proposal for the creation of an overpass would depend on the volume of pedestrians observed in a certain area.