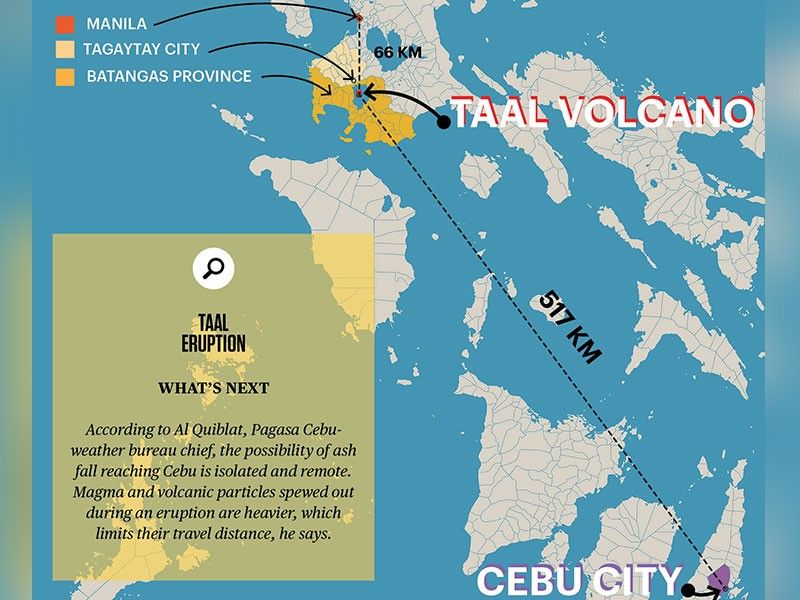 In a press release on Monday, January 13, 2020, GMR Megawide Cebu Airport Corp. (GMCAC), the airport’s private operator, said they have put in place measures to ensure the safety of passengers.

“Together with the Mactan-Cebu International Airport Authority, GMCAC and all the relevant airport stakeholders, the following measures were put in place since yesterday to ensure the well-being of the passengers affected by the flight disruptions as well as adequate communication and planning to optimize the capacity of the airport,” the statement read.

In-terminal arrangements for stranded passengers include the distribution of bottled water and small food items on a need-basis to the passengers and concessionaires stocking up on their supplies and inventory in Terminal 1 and 2 for all passengers.

Some food and beverage and retail stores have been offering discounts to stranded passengers since Monday until midnight Tuesday, January 14.

Bus service was provided to passengers for inter-airport transfers as well as city hotel transfers.

The Philippine Institute of Volcanology and Seismology (Phivolcs), together with civil aviation authorities, advised aircraft “to avoid air space around Taal Volcano as airborne ash and ballistic fragments from the eruption column pose hazards to aircraft.”

Four international flights bound for NAIA had been diverted to MCIA Terminal 2.

The diverted flights were accommodated on a first-come, first-served basis provided aircraft parking facilities were available.

“Emergency flights in instances, such as fuel shortage and medical emergencies, were also prioritized. At the same time, MCIA ensured available capacity is maintained for its scheduled and planned flights,” the press release read.

For customer service support, all information counters in Terminal 1 and 2 were manned 24/7.

“Our passenger service agents also coordinated with the different airlines to extend assistance to the affected passengers. We urge the passengers to coordinate with their respective airlines for their flight schedules before going to the airport,” the press release read.

Alert Level 4 still remained in effect over Taal Volcano as of 8 a.m. Monday, Phivolcs said, as lava gushed out of its crater, forcing thousands of residents to evacuate and the NAIA, schools and offices to close.

According to an ABS-CBN report, NAIA reopened for “partial operations” on Monday after closing overnight.

It reopened for departures at 10 a.m. and for arrivals at noon.

The recent activity at the Taal Volcano will not directly affect Cebu, unlike the Indonesian haze that affected the province in September 2019, according to Al Quiblat, the Philippine Atmospheric, Geophysical and Astronomical Services Administration (Pagasa) Cebu weather bureau chief.

“The possibility of the ash fall reaching Cebu is isolated and remote. The forest fires in Indonesia covered thousands of hectares. The burned materials were lighter and could easily be carried by the wind. That was why the haze reached Cebu. Magma and volcanic particles, however, are much heavier than smoke from a fire so their travel distance is limited,” Quiblat said in a mix of Cebuano and English. (JOB with PR, WBS)