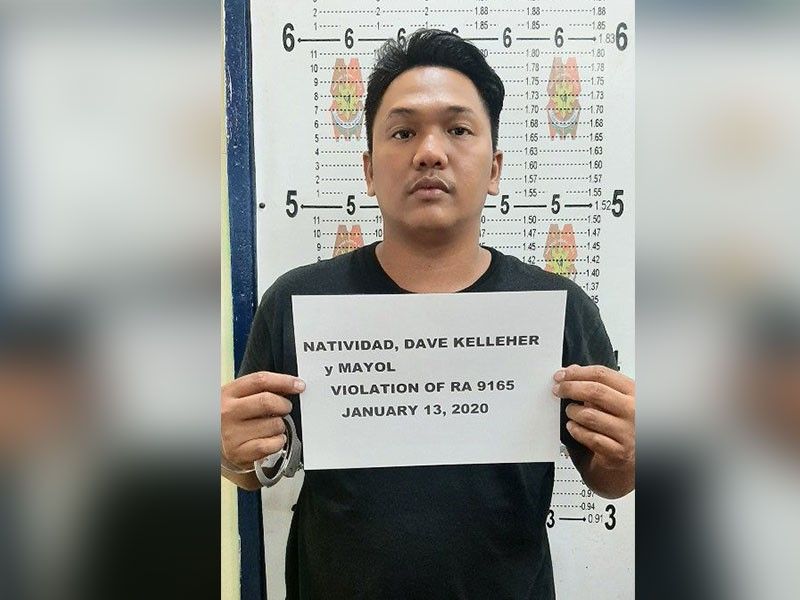 AFTER allegedly taking over the illegal drug operations of his father, the son of a convicted drug dealer was arrested in a buy-bust conducted by the Mandaue City Police Office (MCPO) at 3:20 a.m. on Jan. 13, 2020, Monday.

Oriol said Natividad was caught with an estimated two kilos of suspected shabu inside 20 medium-sized packs during the police operation in Sitio Maharlika, Tipolo, Mandaue City. Police placed the value of the contraband at P13.6 million.

According to Oriol, Natividad is the son of one Dodong Natividad, who was arrested in 2009 due to his involvement in illegal drugs.

The younger Natividad was under police surveillance for a week after the MCPO detected illegal drug transactions from Manila to Mandaue City between Natividad and his father, who is currently jailed at the New Bilibid Prison (NBP) in Muntinlupa.

“Before, Dave Natividad had only small transactions and he also used illegal drugs, but when the local contacts of his father were nabbed, he was appointed to manage their business,” said Oriol in a mix of Cebuano and English.

According to police, the younger Natividad, his father and a certain Titing Lorenciana, also an NBP inmate and a “bigtime drug personality in the country,” would arrange for drug shipments to arrive in Cebu.

Lorenciana, Oriol said, was the boss of Natividad’s father and their source of drugs in Manila.

Oriol claimed Natividad told police that his father would contact him and set the time for the drug package to arrive.

He would then send payment through a remittance center.

According to Oriol, Natividad could dispose of about 20 kilos of shabu in a month for his province-wide transactions, especially in Metro Cebu.

The Natividads, Oriol said, had been transacting drugs from NBP for two years with Dave listed as a high-value target in MCPO’s drug watchlist.

Natividad, however, belied Oriol’s claims and told SunStar Cebu that he was not a drug user, much less a drug dealer.

Natividad is currently under the custody of the MCPO while charges are being readied against him. (KFD)