Trudeau: Plane victims would be alive if not for tensions 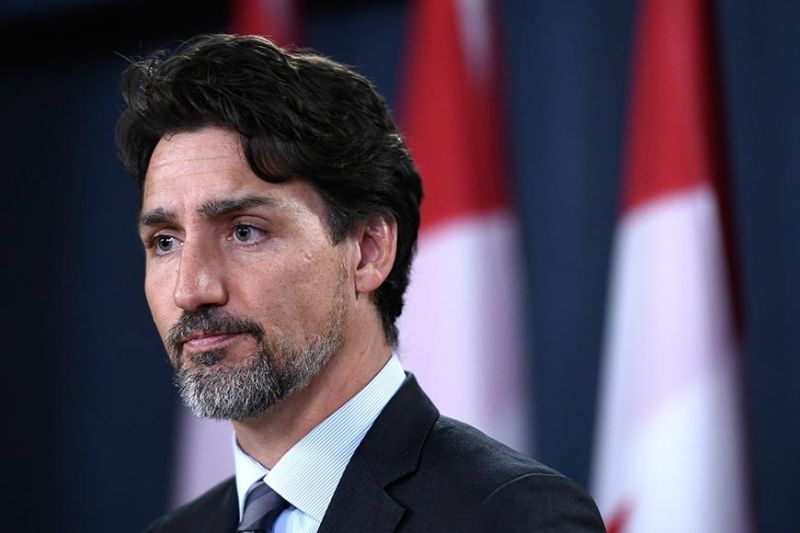 CANADA. Prime Minister Justin Trudeau speaks during a press conference in Ottawa on Saturday, January 11, 2020. Trudeau said Iran must take full responsibility for mistakenly shooting down a Ukrainian jetliner, killing all 176 civilians on board. (AP)

TORONTO — Canadian Prime Minister Justin Trudeau said the victims of the Ukrainian jetliner shot down by a missile that killed 176 people including 57 Canadians would be alive right now if tensions had not escalated in the region.

Trudeau has been careful to avoid blaming United States (US) President Donald Trump for the deaths of the passengers after Trump ordered the killing of General Qassem Soleimani, Iran's top general, in a US airstrike in Baghdad.

"If there was no escalation recently in the region, those Canadians would be right now home with their families. This is something that happens when you have conflict and the war. Innocents bear the brunt of it," he said in an interview with Global News Television.

Some Canadians including a leading corporate leader in the country blame Trump in part for the deaths. Trudeau has spoken to Trump.

"I've talked about the tremendous grief and loss that Canadians are feeling and the need for clear answers on how this happened and how we're going to make sure it never happens again," Trudeau said.

He added that he would have "obviously" liked a warning before Trump ordered the killing of the Iranian general. Canada has troops in Iraq as part of a North Atlantic Treaty Organization (NATO) training mission.

Trudeau said there is anger directed at Iran.

“There is a demand for justice. And that is entirely, entirely to be expected and should be heeded very carefully by the Iranian government," he said.

Canada's Transportation Safety Board (TSB), meanwhile, said Monday, January 13, 2020, that Iranian officials have invited it to participate in analysis of the voice and flight data recorders from the Ukrainian jetliner.

TSB Chair Kathy Fox said Iran has invited the agency to take part as an observer for the download and analysis of the "black boxes" wherever and whenever that takes place, and the agency hopes to play a larger role.

"We are working very hard to build trust daily in order for us to brought in," Fox said. “Canada's role is evolving. It remains to be seen how far that will go."

Natacha Van Themsche, the director of investigations, said Canadian experts also have been invited to inspect the wreckage and the crash site — an unusual step since the plane was not produced in Canada and the crash did not occur in Canada.

Two Canadian investigators have obtained visas to travel to Iran and a second team with expertise in recorder download and analysis will be sent.

The crash early Wednesday, January 8, killed everyone on board, mostly Iranians and Iranian-Canadians. After initially pointing to a technical failure and insisting the armed forces were not to blame, Iranian authorities on Saturday, January 11, admitted accidentally shooting it down in the face of mounting evidence and accusations by Western leaders.

Van Themsche said the agency also will investigate why Iranian airspace was not closed to civilian traffic when Iran launched attacks on Iraqi military bases.

Canada suspended diplomatic relations with Iran in 2012, but Trudeau and Canada's foreign minister have been in touch with their Iranian counterparts since the plane was shot down.

Iran downed the flight as it braced for possible American retaliation after firing ballistic missiles at two bases in Iraq housing US forces. The missile attack, which caused no US casualties, was a response to the killing of Iran's top general.

Trudeau has called the downing a Canadian tragedy because 138 of the passengers were headed for Canada. They included students, newlyweds, doctors and parents. The youngest was a one-year-old girl.

Canada's foreign minister and envoys and from other countries who had victims in the crash were scheduled to meet in London on Thursday, January 16, to share information. The crash included citizens from Iran, Sweden, Afghanistan, Ukraine, the United Kingdom and Germany. (AP)