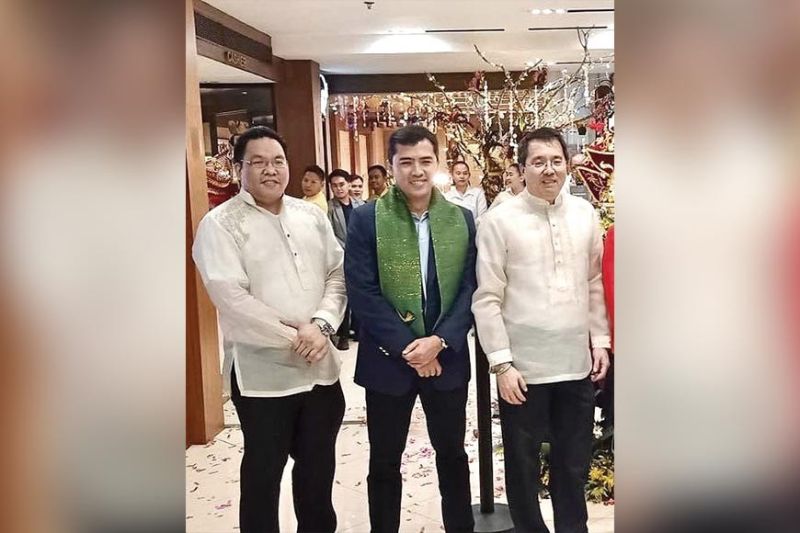 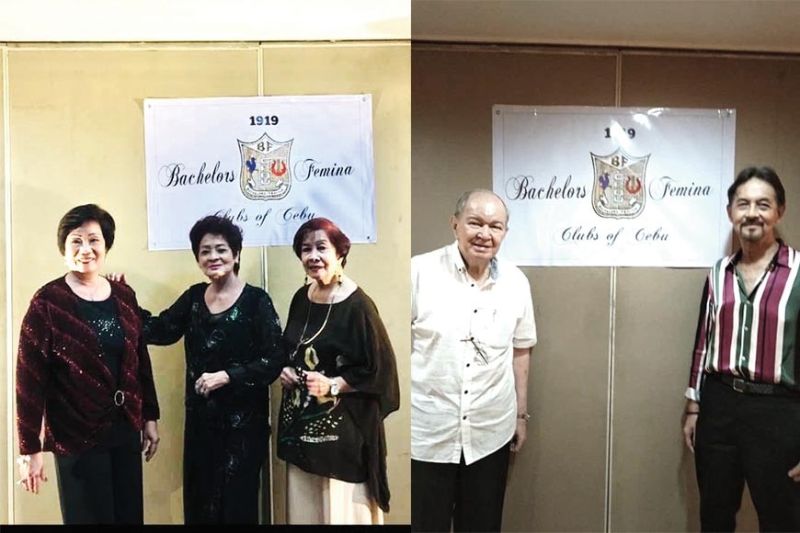 BF CENTENNIAL. At Casino Español de Cebu during the 100th anniversary dinner of the Bachelors-Femina Club of Cebu, the party movers, Annie Limtong Neri, past Femina president Perla Agudo and Chinggay Utzurrum. At right, past presidents of the Bachelors Jaime Picornell and Vic Torres. 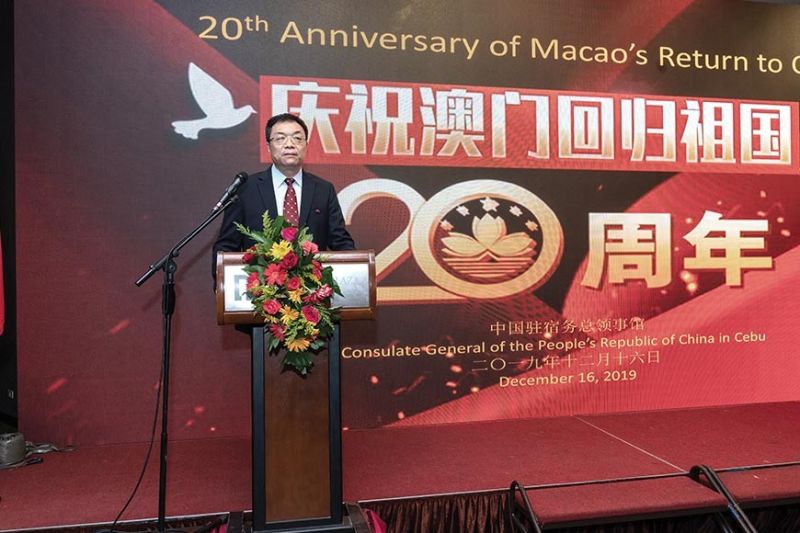 PROC RECEPTION. At Mandarin Plaza Hotel during the 20th anniversary of Macao’s return to the People’s Republic of China, Consul General Jia Li welcomes his guests.

IT’S fiesta time in the city and focus is on our beloved patron, Señor Sto. Niño. Novena masses are ongoing and the fiesta highlight on Saturday starts with the morning fluvial procession followed by the legendary foot procession in the afternoon with thousands of devotees in attendance.

On the other hand, the Sinulog festivities will culminate with the Sinulog Grand Parade on Sunday.

For the past 19 years, Ayala Center Cebu has been sponsoring an exhibit of Sto. Niño images during the fiesta season. It opened last Jan. 8 at The Gallery with Fr. Ariel Detusme blessing the images, and Ayala Center Cebu general manager Bong Dy giving the welcome remarks. In attendance were the devotees/exhibitors led by exhibit curator Ma. Lourdes Jereza of the University of Southern Philippines Foundation, exhibit partner this year.

The Sinulog 2020 merrymaking began early at Golden Prince Hotel when Benedict and Aaron Que and their team organized a launching event last week. The evening affair included a procession, enthronement and blessing of the Sto. Niño, followed by the Sinulog dance and then dinner at Kabilin. Guest of honor was Department of Tourism 7 director Shahlimar Tamano.

For the longest time, Dec. 28 was the D-DAY of the Bachelors-Femina Club of Cebu. It was the day of the traditional grand ball with the Rigodon de Honor as the party highlight. This started out in 1919. Very much part of the group are many of today’s grandfathers and grandmothers. Sadly, the club ceased existence with the changes in today’s lifestyle. However the old group led by Perla Agudo, the last president of the Feminas, decided to mark the 100th anniversary of the founding of the club with a dinner gathering of the old members at Casino Español de Cebu. Needless to say, there were a lot of “remember whens.”

In celebration of the 20th anniversary of Macao’s return to the People’s Republic of China, Consul General Jia Li tendered a formal reception at the Grand Ballroom of Mandarin Plaza Hotel. Present were members of Cebu’s Consular Corps and the business community.

Golden girl Ann Momomgan spent her birthday in Bali with hubby Doc Manuel and children Johanna and Manuel Anthony. This is the reason why her birthday lunch for an intimate group of friends at Tsay Cheng was held three days before her red-letter day. Shortly before the celebration, Ann, with family and friends, spent the whole morning at center for the sick and abandoned children run by the Missionaries of the Poor.

Ever stylish Sheila Colmenares invited friends to a tea party and requested them to use fascinators/head pieces just as English ladies do at tea parties. It was a celebration of her 65th birthday, and not bothering to hide her age, she dubbed the afternoon affair as Six-tea-Five.

Held at Laguna Garden Cafe, the tea party had a strictly Filipino menu. So yummy!