Tourism to gain from Davao-Samal Bridge 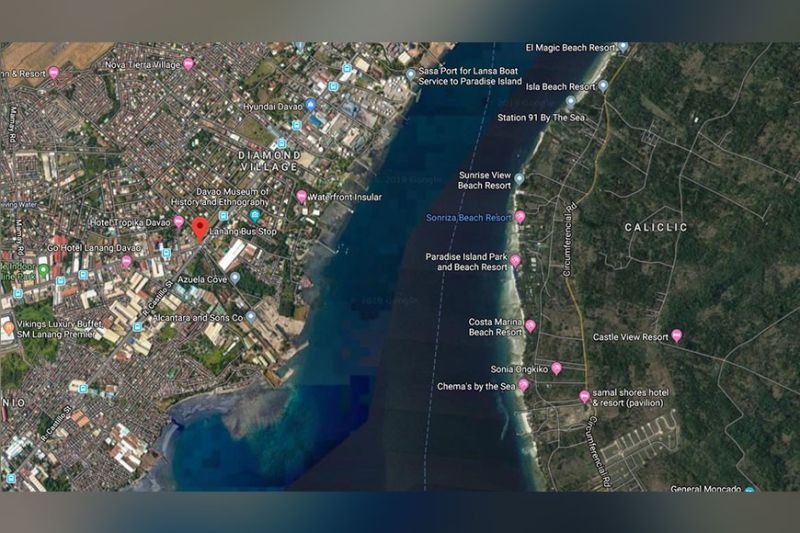 THE tourism sector of Davao City and the Island Garden City of Samal (Igacos) will both benefit from the Samal Island-Davao City Connector (SIDC) Project (Davao-Samal Bridge) when it is completed and operational, an official from the Davao City Tourism Operations Office (CTOO) said.

CTOO head Generose Tecson said the Davao-Samal Bridge will provide transportation convenience to both cities as travel time will be faster.

“With Davao being a gateway, people who stay in Davao City will make the city as its base,” Tecson said.

The National Economic and Development Authority (Neda)-Investment Coordination Committee (ICC), in November last year, endorsed several projects in the country to the Neda Board, including the Davao-Samal Bridge and the High Priority Bus System (HPBS).

The bridge, which has a project cost of P23.04 billion and funded through official development assistance (ODA), can serve at least 25,000 vehicles a day in its 2.8 kilometer toll-free four-lane (two-lane each direction).

Neda-ICC said the project will also include the construction of interchanges with the existing road network, local existing junction improvements, viaducts over sections of land and approach bridges over marine area.

The agency also said the project shall be implemented from 2020 to 2024, with construction period scheduled from 2021 to 2024 while operation will be from 2025 onwards.

Tecson said it is Igacos that will benefit more from the bridge.

“The benefit will really be for the Samal Island since the bridge would provide them with access to more development and progress,” Tecson said.

But she also said provinces within the region such as Davao del Sur, Davao Occidental, Davao Oriental, Davao del Norte, and Davao de Oro could also benefit from bridge.

Aside from boosting Davao City’s tourism, Tecson also said there is a need to promote tourism from its neighboring provinces in the region.

She said CTOO is currently including them in their promotional materials.

“We are going to help other provinces, by also promoting them because Davao City is the base area for tourists,” Tecson said.

“We need more places for our tourists to go to, and that’s outside Davao City,” Tecson added. RGL