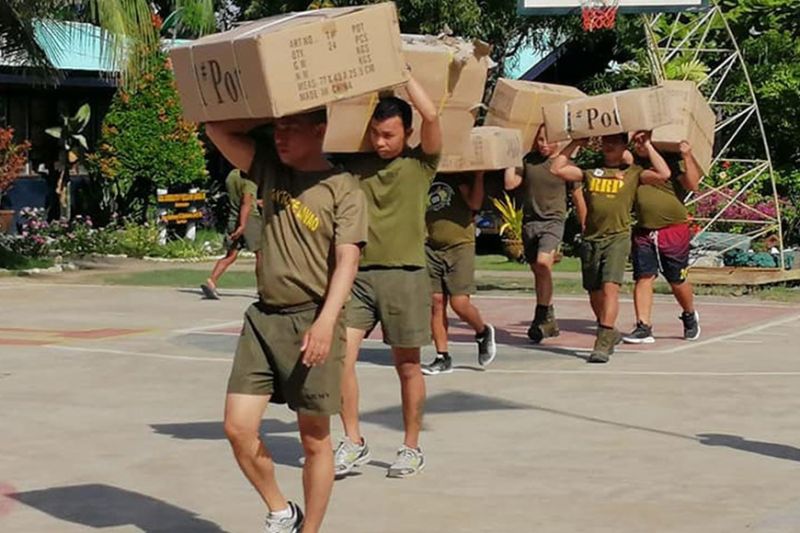 THE City Government of Davao will send 5,000 food packs to families affected by the recent eruption of Taal Volcano.

The local government, led by Task Force Davao, will ship the food packs to the Province of Batangas.

Task Force Davao Commander Colonel Consolito Yecla said they are tasked to distribute the relief goods to families displaced by the volcanic eruption.

Yecla said they are targeting to deliver the goods to evacuation centers on January 17, 2020 or sooner.

But he also said they are expecting some difficulties in transporting the goods to Batangas.

The official said the identified areas for the distribution in Batangas are Sto. Tomas, Tanauan and Calaca.

“While it may take days to reach its destination... the Task Force Oplan ‘Tabang,’ organized by City Mayor Inday Sara Duterte, hopes to ease the suffering of the evacuees,” he said.

Yecla also said they are accepting donations from Dabawenyos who may want to help the displaced families.

He said those who want to donate may go to the headquarters of Task Force Davao at the Sta. Ana Wharf Compound.

As of 6 a.m. of Tuesday, January 14, the National Disaster Risk Reduction and Management Council (NDRRMC) recorded a total of 6,891 families or 30,423 persons that have so far been affected by the eruption of Taal Volcano on Sunday, January 12.

The affected families came from 22 towns and three cities of Batangas and from Tagaytay City and Alfonso town in Cavite.

The NDRRMC is still to release any figures relating to casualties and damage.

The agency added that a total of 286 volcanic earthquakes were recorded in the Taal region as of 2 a.m. Tuesday, of which 125 of these were felt, ranging from 1.2 to 4.1 magnitude and intensity of 1 to 5. (RGL with reports from CIO and PNA)